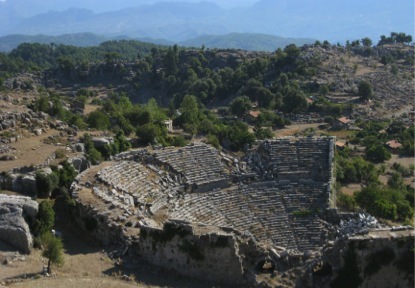 Founded in 2008, the Centre for the Study of the Ancient Mediterranean and Near East (CAMNE) aims to promote the interdisciplinary study of cultural encounters and exchanges in the ancient world. We have around 70 members, drawn from the Departments of Classics and Ancient History, Archaeology and Theology and Religion. Our individual research projects cover a diverse range of regions and time periods, but we are united by the conviction that only by overcoming traditional disciplinary boundaries and sharing our expertise can we achieve a holistic understanding of the societies and cultures of the Ancient Mediterranean and Near East.

It is well understood today that the cultures of the Ancient Mediterranean and Near East are closely intertwined. Greek literature, philosophy, and material culture draw extensively on the ideas and practices of Persians, Babylonians and Egyptians. Ancient ‘superpowers’ must be seen in the context of their relationships – both violent and peaceful – with local cultures. On a smaller scale, commercial networks, political ties and bonds of hospitality reached far beyond the boundaries of any given society. Texts, cults, social and political structures, architectural habits and dress were continually translated and adapted for new audiences. At a time of alarming cultural and political polarisation along ancient fault lines, the Centre for the Study of the Ancient Mediterranean and the Near East aims to strengthen the dialogue between neighbouring academic disciplines, in an attempt to gain a better understanding of multiculturalism and cultural contact in the ancient Mediterranean. 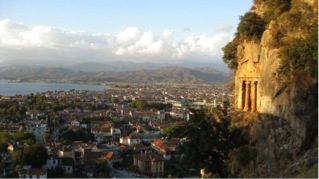 CAMNE supports a wide range of research projects, spanning prehistory to the present day and covering an area which stretches from the western Mediterranean to central Asia. We have particular areas of research strength in the study of Greek and Mesopotamian cultural interactions, religious practice in ancient Egypt, cultural and religious life in the Roman Near East, ancient Syria-Palestine and the archaeology of the Arabian Peninsula.

Our staff members in Archaeology have current fieldwork projects in Syria, Iran, Italy and Spain, and our postgraduate members are involved in excavations and surveys at various Mediterranean and Near Eastern sites. Closer to home, we are fortunate to be able to draw upon the collections of the Oriental Museum in Durham, which has an Egyptian collection of worldwide importance and significant holdings of cuneiform tablets and other artefacts from the Ancient Near East. You can find out more about our current projects and recent publications here. 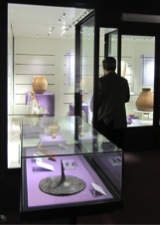 A key part of CAMNE’s mission is to promote greater understanding of and engagement with the cultures of the Ancient Mediterranean and Near East beyond the academy. Members of the Centre are involved with a variety of outreach and impact projects, and all CAMNE conferences and workshops are open to the public.

We also work closely with related institutions (such as the Durham University Oriental Museum, the Durham Museum of Archaeology, and the Oxford Centre for Phoenician and Punic Studies) to promote broader social impact by sponsoring workshops, exhibitions and other public collaborations. You can find out more about our forthcoming events here.