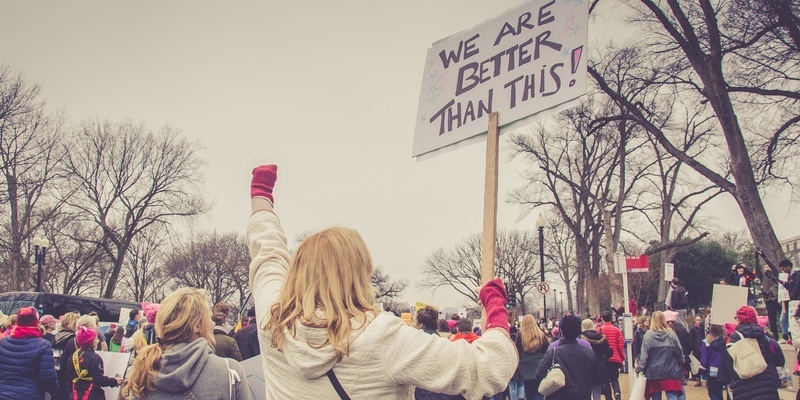 Why do people vote for politicians and rhetoric which actually puts their own lives at risk and what can be done about it? Join Jonathan Metzl and Danny Dorling to consider how politics in the US and UK is failing the people who most need help.

In his latest book 'Dying of Whiteness' Jonathan M. Metzl travels across America’s heartland seeking to better understand the politics of racial resentment and its impact on public health. Despite Trump's promises to restore greatness to white America, Metzl’s systematic analysis of health data dramatically reveals they did just the opposite: these policies made life sicker, harder, and shorter in the very populations they purported to aid.

In contrast, Danny Dorling's work considers key inequality issues in the UK including politics, housing, education and health. In the book 'Peak Inequality' he explores what the future holds for Britain, as attempts are made to defuse the ticking time bomb while we simultaneously try to negotiate Brexit and react to the wider international situation of a world of people demanding to become more equal.

Both Jonathan and Danny will present their perspective followed by questions from each other and the floor. The evening will be chaired by Dr Angela Woods, Deputy Director, Institute for Medical Humanities.

Places are limited so please book in advance via Eventbrite. Refreshments will be provided.

Professor Jonathan Metzl is a psychiatrist and expert on gun violence. He is the Director of the Center for Medicine, Health, and Society at Vanderbilt University and Research Director of The Safe Tennessee Project.

Professor Danny Dorling has published more than a dozen books on issues related to social inequalities in Britain focussing on issues of housing, health, employment, education and poverty. He is the Halford Mackinder Professor of Geography at the University of Oxford.