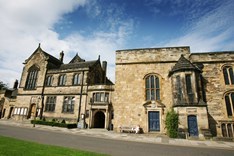 We participate in the Insitute of Advanced Study-administered Senior Research Fellowship scheme, which is designed to gather together scholars, researchers, policy makers or practitioners from around the world and across the full spectrum of science, social science, arts and humanities to address themes of global significance in collaboration with Durham's Research Institutes and researchers.

Dr Robert Ingram is the Associate Professor of History at Ohio University, Athens, USA. Following the publication of the significant book Religion, Reform, and Modernity in the Eighteenth Century: Thomas Secker and the Church of England Dr Ingram has gained a reputation for being an imaginative historian with a bright future. During his Fellowship Dr Ingram proposes to make use of Durham’s range of special collections at Palace Green library, the Durham Cathedral Library and the Ushaw College library to conduct research on his next book: A Warfare upon Earth: Religion and Enlightenment from Newton to Hume.

This project, which will lead to a major monograph, is a fundamental re-working of the relationship between religion and the Enlightenment, a subject which has attracted increasing historical attention in recent years, partly as a result of the challenges to ‘modern’ secular liberalism. Dr Ingram is examining one of the key periods and some of the key figures in the development of Enlightenment thought. His argument that the English Enlightenment should not be seen as a secularizing movement is in tune with much recent scholarship. Much more original is his claim that the primary site of Enlightenment debate was not metaphysics but rather the interpretation and use of the past. This insight is then used to demonstrate that, pace much current scholarship, the English Enlightenment became, contrary to the aims of its leading figures, a powerful solvent of traditional belief.

Dr Greti Dinkova-Bruun is a Fellow and Institute Librarian at the Pontifical Institute of Mediaeval Studies in Toronto, Canada. As a well published academic, her research interests dovetail with the research programmes of the Institute of Medieval and Renaissance Studies, where she will be based and hosted by Dr Giles E M Gasper, Lecturer in Medieval History, and Associate Director of IMRS.

As a Senior Research Fellow at Durham University she will concentrate on the research of Robert Grosseteste, Bishop of Lincoln 1235-1253, who is widely considered the first exponent of the western tradition of experimental science. His status as one of the most creative thinkers in the 13th century remains unchallenged; whereas his status as a “scientist” has been more contested. Assessing this status is made more difficult by the fact that while modern editions and translations exist of his theological, philosophical and pastoral works, there is an almost complete lack of reliable editions of his scientific works. Discussion of Grossteste's ideas with non-specialists, including modern scientists, is hindered by a lack of reliable translation. During her stay, Dr Dinkova-Bruun aims to enhance collaborative research taking place in Durham within the IMRS, the Departments of History, English and Physics with a view to addressing this problem. Her expertise in the editing and translation of Medieval Latin, will be applied to Grossteste’s treatise “On the Rainbow” and its relation to the treatise “On Colour” which she and Durham staff are currently preparing for publication. 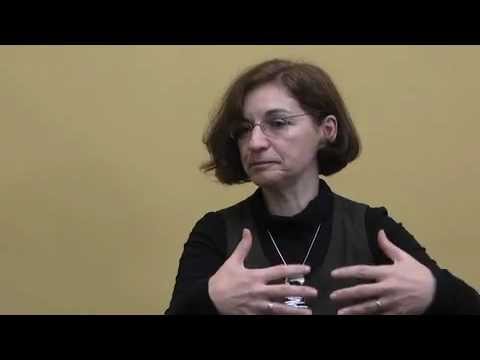 Dr Greti Dinkova-Bruun discusses Time, the 2012-13 theme for the Institute of Advanced Study at Durham University.

Isabella Lazzarini is Associate Professor of History at the University of Molise, Italy. As a well published academic, her research interests currently focus around four topics: Political, social and cultural history of Italy from the thirteenth to the fifteenth century (within a comparative approach with contemporary European political societies); Social and cultural history of written public records from the eleventh to the fifteenth century; Late medieval and Renaissance diplomacy; and The growth of different political languages in Late Medieval Europe: pragmatic and documentary sources.

Prof Lazzarini’s visit promises to build upon the foundations of a Leverhulme Visiting Professorship and maintain Durham University’s momentum of collaborative interdepartmental research on early modern diplomatic networks. The project at Durham seeks to address diplomacy as a complex social and cultural practice that enabled Europeans and non-Europeans to engage in formal and informal exchanges, through the elaboration of shared linguistic codes, the negotiation of common rituals of communication and the mutual acceptance of different political behaviours. Moving away from the institutional framework that has dominated the research in the field in the past fifty years, Dr Lazzarini’s project looks at the diplomatic exchange as an interactive cultural phenomenon finding its roots in crucial transition between late medieval and early modern Italy. She will be based within the IMRS and hosted by Dr Stefano Cracolici (Department of Italian, MLAC).

Walter Stephens is the Charles S. Singleton Professor of Italian Studies in the Department of German and Romance Languages at The Johns Hopkins University (USA), Co-Editor of MLN Italian, and founder of Great Books at Hopkins for undergraduates. Widely published, his books include: Giants in Those Days: Folklore, Ancient History, and Nationalism(1989; translation, Les Géants de Rabelais: Folklore, histoire ancienne, nationalisme, 2006), and Demon Lovers: Witchcraft, Sex, and the Crisis of Belief (2002). He has edited several volumes of essays, including The Body in Early Modern Italy (with Julia Hairston, 2010) and has published numerous essays on Renaissance authors, particularly Rabelais and Tasso. His articles on the history of witchcraft and demonology are found in reference books including The Encyclopedia of Religion (2nded.), The Encyclopedia of Witchcraft, Witchcraft in Early Modern Europe, Women and Gender in Early Modern Europe (all 2006); The New Encyclopedia of Unbelief (2007); A Cultural History of Sexuality in the Renaissance (2011); and the journalMagic, Ritual, and Witchcraft. His work on premodern lore about writing and books appears in The Classical Tradition: A Guide (2010), and articles in MLN. His current book project is It Is Written: The Mystique of Writing from Babylon to Modern Times.

At Durham he will be hosted by Dr Stefano Cracolici (Reader in Italian, MLAC) and will be working on: ‘Scripta manent – Tempus edax: Reflections on Writing and Obliteration in Early Modern Culture’. This looks at the mythical ‘history of writing’ that scientific archaeology and cryptology have progressively obliterated since about 1800. The project in Durham surveys the age-long prehistory of writing-history, concentrating on the period from Richard of Bury to eighteenth-century doctoral dissertations. This intersects with a number of research interests of IMRS members, including those working on French and Italian vernacular literature of the Renaissance/Early Modern periods and scholars of the History of the Book.

We participate in the Insitute of Advanced Study-administered Addison Wheeler Fellowship Scheme and COFUND Junior Research Fellowship schemes. A number of our fellows have been recruited via these routes. 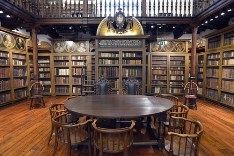