Honorary Positions are awarded in line with the University's Honorary and Visiting Titles Policy. Nominations are made via the IMEMS Executive Committee for individuals, external to the University, who have made a substantial contribution to research and research-led teaching at Durham under the aegis of the IMEMS, and those who have a close connection to the strategic research priorities of the Institute.

The titles of Honorary/Visiting Professor, Fellow or Associate are normally conferred for a period of three years, renewable as appropriate. Title holders will be expected to continue their academic connections with Durham and will be asked to deliver a public lecture to inaugurate their status. 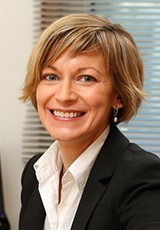 Krista Kesselring received her PhD from Queen’s University (Canada) in 2001, specializing in British history, and is now a University Research Professor at Dalhousie University. A social historian of law, she has particular interests in violence, protest, and gender. Her publications include Making Murder Public: Homicide in Early Modern England (2019), The Northern Rebellion of 1569: Faith, Politics and Protest in Elizabethan England (2007), and Mercy and Authority in the Tudor State (2003). She has also published collections of sources on the Court of Star Chamber and on the trial of Charles I, and has co-edited two essay collections: Crossing Borders: Boundaries and Margins in Medieval and Early Modern Britain (2018, with Sara M. Butler) and Married Women and the Law: Coverture in England and the Common Law World (2013, with Tim Stretton). She has held visiting fellowships at the Hungtington and Folger Shakespeare libraries and, most recently, with Durham University’s Institute of Advanced Studies and IMEMS. She is currently continuing work on Star Chamber and on the history of marriage and divorce. 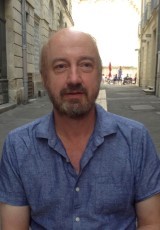 Tim Harris received his BA, MA and PhD from Cambridge University and was a Fellow of Emmanuel College from 1983 before moving to Brown University in 1986, where he is Munro-Goodwin-Wilkinson Professor in European History. A social historian of politics, he has written about the interface of high and low politics, popular protest movements, ideology and propaganda, party politics, the law and the constitution, popular culture, and the politics of religious dissent in seventeenth-century England, Scotland and Ireland. His books include London Crowds in the Reign of Charles II (1987); Politics under the Later Stuarts (1993); Restoration: Charles II and his Kingdoms (2005), Revolution: The Great Crisis of the British Monarchy, 1685-1720 (2006), and Rebellion: Britain’s First Stuart Kings (2014), while he has also edited volumes on The Politics of Religion in Restoration England 1660-1688 (1990, with Paul Seaward and Mark Goldie); Popular Culture in England, c. 1500-1850 (1995); The Politics of the Excluded, c. 1500-1850 (2001); The Entring Book of Roger Morrice, 1677-1691: Volume III: The Reign of James II, 1685-1687 (2007); The Final Crisis of the Stuart Monarchy: The Revolutions of 1688-91 in their British, Atlantic and European Contexts (2013 with Stephen Taylor); and Politics, Religion and Ideas in Seventeenth- and Eighteenth-Century Britain (2019, with Justin Champion, John Coffey, and John Marshall). He co-edits the book series Studies in Early Modern Cultural, Political and Social History for Boydell Press together with Stephen Taylor and Andy Wood of Durham. He has held long-term fellowships at the Folger Shakespeare Library, the Institute for Advanced Study in Princeton, and at the Huntington Library, and been a visiting fellow at Wolfson College Oxford, Merton College Oxford, and Trinity College Dublin. He is currently working on a book on Britain’s Century of Revolutions for Oxford University Press and also engaged in a study of ‘National Stereotyping and Religious Prejudice in Early Modern England’. 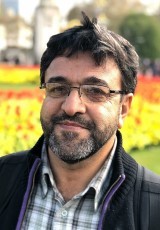 Apart from field archaeology, he has diversified experience in museum management by virtue of his postings at different positions including Head of the National Museum of Pakistan that houses the choicest collection of Gandhara art and overall In-charge of Swat Museum. He is an eminent expert of the Buddhist art and architecture of Gandhara having in-depth study of the collection of the Gandhara Art housed in museums of Pakistan and practical knowledge of the Buddhist sacred architecture gained through archaeological excavations. At present he holds the post of Director General, Department of Archaeology and Museums, Government of Pakistan and in this capacity, he is responsible for protection, conservation and promotion of the cultural heritage of Pakistan. 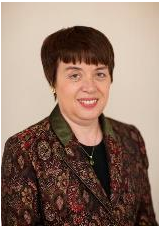 Joanna is an alumna of Durham University, graduating with first class honours in French in 1981. She received an honorary Doctor of Letters degree from Durham University in 2012. She has maintained her links with Durham and is well known to the University as a benefactor and member of University Council. She also sponsored three IMEMS research strands, including ‘French Books and their Readers’, and her generosity was instrumental in setting up the IMEMS Library Fellowship scheme.

Joanna's research concentrates on early modern France, notably women's writing. She is treasurer of the Society for Early Modern French Studies and a trustee of Elizabeth Montagu Correspondence Online.

Joanna has had a 35-year career in international private equity, with 25 years’ experience of serving on boards of international portfolio companies and extensive experience as a charity trustee. She is founder and Trustee of Target Ovarian Cancer. Joanna was awarded an MBE in 2014 for services to people with cancer. 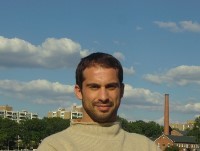 I am interested in the impact of European ideas on British political, religious, legal and philosophical culture from the 17th to the 19th century. My most recent monograph Hugo Grotius and the Century of Revolution, 1613-1718. Transnational Reception in English Political Thought (Oxford University Press, 2017) reconstructs how the writings of Grotius about politics, law and religion were read and used by English political and religious writers during the Century of Revolution. This book aims to deepen our understanding of the connections that made English political thought part of the history of European thought and provides a fresh perspective on the processes of exchange and reception of ideas between (Dutch) Humanism and (English) Enlightenment. My Order and Conflict. Anthony Ascham and English Political Thought, 1648-1650 (Manchester University Press, 2015) provides the first systematic study of Ascham’s political thought. Ascham served as official pamphleteer of the Parliament and the republican government, in which capacity he put forward a complex argument in support of Parliament’s claims for obedience which drew on the political thought of Grotius, Hobbes, Selden, Machiavelli and Filmer. My PhD dissertation was on the reputation of Oliver Cromwell in 17th century Italian writings. By examining a wide range of manuscript and printed sources, from books to diplomatic reports and newspapers, I reconstructed the patterns of interpretation, and how Italian views might differ from those of English observers and of modern historians. I examined the ways in which Italian authors discussed – or often ignored – the religious dimensions of Cromwell’s political ideas and actions. A revised version of my dissertation was published as a monograph entitled Oliver Cromwell negli Scritti italiani del Seicento (Centro Editoriale Toscano, 2005).

In 2019-2020, I was Assistant Professor (research) and Solway Fellow at Durham University’s History Department and Institute of Medieval and Early Modern Studies, where I worked on a book project entitled The Crisis of the English Mind, 1650– 1750. The Reception of European Ideas and the Secularisation of English Thought. This monograph argues that the influx of ideas coming into England particularly from France and the Dutch Republic (from Scaliger to Richard Simon) changed the intellectual framework and linguistic context within which the meaning of Scripture, the supernatural, salvation, ethics, church and state authority were discussed by philosophers, political thinkers and biblical scholars, forcing them to engage in the intellectually fertile effort to reconcile Christianity with history, reason and philosophy. Focusing on the reception in England of European books and ideas, this monograph aims at understanding whether it is possible to talk of an “English Enlightenment” as something distinct from Renaissance scholarship, Reformation culture or the Scientific Revolution, but also whether the notion of Enlightenment is always indispensable for understanding the crisis of the English and European “mind” in the 17th and 18th centuries. On the same theme, I have also organised two international events to be held at Durham University in 2020 (Online workshop, Enlightenment in a Time of Crisis, 9-11 July)and 2021 (Conference strand: What is Enlightenment? New Perspectives, 6-8 July).

Prior to joining Durham, after some years spent teaching and researching at the University of Florence, I have held fellowships at the Institute of Advanced Study (Durham University), the Institute for Advanced Study (Princeton), the Folger Institute (Washington, DC), the Interdisciplinary Centre for European Enlightenment Studies (Halle-Wittenberg) and the Fondazione L. Firpo. Centro studi sul pensiero politico (Turin).