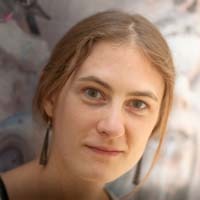 Member in the Institute of Medieval and Early Modern Studies
Associate Professor (Early Medieval History) in the Department of History
Telephone: +44 (0) 191 33 42995

I studied Anglo-Saxon, Norse and Celtic at the University of Cambridge and Theology at the Albert-Ludwigs-Universität, Freiburg-im-Breisgau; I am currently Associate Professor of Early Medieval History. Before coming to Durham I held posts in Cambridge, Leicester and Exeter.

My first book, Heaven and Earth in Anglo-Saxon England (2013, Ashgate), arose from research undertaken during an early career fellowship funded by the Leverhulme Trust (awarded 2009) to study the interplay between theology and society in early medieval England. Using a series of case-studies, this book shows how theology interacted with and was shaped by the secular world, while also exploring the ways in which lay individuals – although isolated for the most part from the intricacies of theological discussion – nevertheless were evidently influenced by these and responded to them in their own lives and actions. My current research divides into three main strands: 1) the afterlife in late antiquity and the early Middle Ages; 2) scientific thought in, and environmental history of, the first millennium CE; 3) late antique and early medieval Calabria (southern Italy).

Fires of Hope and Love

I am writing a book about purgatory in late antiquity and the early middle ages, provisionally entitled Fires of Hope and Love. This book begins by examining how ideas about the Christian afterlife emerged and developed in antiquity (up to c. 600CE), and contextualises these within the complex social, intellectual and religious world in which they originated. Much of this first part of the book focuses on the Mediterranean and the areas dominated by the Roman Empire, and considers differences in thinking between east and west. In particular, it examines how the end of the Roman Empire in the west relates to the embedding of Christianity in western Europe and the subsequent effect of the Christianisation of secular culture on ideas about the afterlife. The second part of the book investigates how theology and practices inherited from late ancient Christianity were taken up, adapted and transformed within the culturally-connected societies of northwestern Europe (roughly: Ireland, Britain, Francia north of the Loire, the German-speaking regions north of the Danube and up to the Elbe). My particular focus is Christian ideas about the fate of the soul immediately after death (and before the last judgement): I show how these connected with and influenced contemporary religious and social practices, as well as exploring the complex ways in which ongoing theological discussions on a range of topics contributed to shaping thought about purgatory and the interim fate of the soul. My approach employs methods from both theology and history to analyse textual, visual and material evidence. By bringing theology and history into dialogue in this way, I aim to find new ways of looking at purgatory, a belief which authors examined in the past, which forms part of an existing theological tradition in the present, and which, in its soteriological context, looks ultimately to the future. Science, Society and Environmental Change in the First Millennium CE This project, supported by Durham’s Institute of Advanced Study and run jointly with Karen Milek (Associate Professor of Geoarchaeology, Archaeology), investigates scientific and social responses to natural phenomena in the context of environmental and climate change in the first millennium CE. Over the last 20-30 years, research into historical climate fluctuations has produced enough data to make possible the reasonably accurate identification of global and regional changes in climate and weather conditions in this period. In addition, more regionally or locally focused research (such as a growing number of palynological studies (pollen analyses)), makes it possible to see how these changes affected the landscapes and the natural environments which people exploited and in which they lived. The project seeks to explore new questions by examining in parallel both intellectual responses (e.g. through scientific, philosophical or theological inquiry) and social responses (e.g. through settlement and social organisation, material culture, technology) to the natural world, contextualised within what is known about changing environments and climate. In addition, the project aims to open up dialogue between experts in humanities, social sciences and sciences, in order to pose new questions for future research which utilises the expertise of multiple disciplines in tandem. A full list of events connected with this research project can be found here; full details of the symposium which opens the project is available here. Calabria, the ‘toe’ of Italy’s boot, was in the past – and remains today – the most remote region of the Italian peninsula. This has led to a perception that it was also isolated, particularly in late antiquity and the early middle ages (c. 300-1000CE), when much of Calabria was under Byzantine rule. This research examines landscapes, settlements and societies, along with religious and intellectual cultures, in order to re-evaluate relationships between Calabria and the wider world, by focusing on evidence for trade, travel and long-distance communication. While ancient Greek colonies and the Normans in Calabria have been the subject of significant scholarly attention, Calabria in the period 300-1000CE has been marginalised in scholarship. Much of the limited existing research consists of local studies which tend neither to explore broader chronological or geographical trends or concerns, nor to place the region in wider historical, geographical and archaeological contexts. My research shows that late antique and early medieval Calabria was integrated into wider networks of communication and trade, and its links extended both into the Mediterranean and north towards the rest of Europe. Moreover, in late antiquity and the early middle ages Calabria was a gateway region, caught between (and fought over by) the Byzantine Empire, the Langobard, northern Italian and Ottonian ‘inheritors’ of the Roman Empire, and Muslim rulers from North Africa and Sicily; it was also a stopping-point for travellers (primarily traders and pilgrims) between the Holy Land/Constantinople, and Rome/western Europe. Calabria’s mixture of cultures (Roman, Calabrian, Langobard, Greek, North African, Near Eastern), religions (Latin and Greek Christianity; Islam; Judaism) and languages (Greek, Latin, Arabic, Hebrew) made this region distinctively multicultural, adding another dimension to our understanding of settlements, societies and landscape-use. This research builds on my work over the last twenty years with the Bova Marina Archaeological Project, an international collaborative project which has undertaken an extensive programme of survey and excavation as well as multidisciplinary landscape studies encompassing historical landscape use, geomorphology, GIS, and underwater geological reconnaissance.

Along with Dr Heidi Stoner and Dr Monica Hellström I run the interdisciplinary Late Antiquity and the Early Middle Ages Seminars, bringing together colleagues in Archaeology, Classics, History, Theology and Philosophy. I am a member of Durham’s Institute for Medieval and Early Modern Studies and the Durham Centre for Ancient and Medieval Philosophy. I am the General Editor of the series Knowledge, Science and Scholarship in the Middle Ages (Brepols), which I established along with Dr Rosalind Bonté.