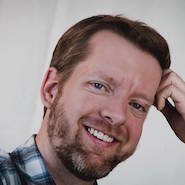 My main research interests are in Frankish and Anglo-Saxon history and archaeology, particularly concerning themes of conversion and religious identity, landscape perception and the transition from the late Roman to the early medieval period both in Britain and on the Continent.

After obtaining BA in Archaeology (2001) and MA in Early Medieval Studies (2002) from the University of York, I worked for two years as a commercial archaeologist in the Republic of Ireland. I returned to the Centre for Medieval Studies at York in 2004 to start my PhD, a study of Christian missionaries in eighth-century Germany. A book based on my thesis, the melodramatically titled In the Shadow of Death, was published in 2010.

After completing my PhD I conducted fieldwork in Germany (2009), and spent six months as a visiting researcher at the Institute for Medieval Research of the Austrian Academy of Sciences in Vienna (2009-2010). I was appointed Lecturer at Durham University in October 2010, and made Associate Professor in 2017.

From September 2015 to May 2016 I was a visiting Solmsen Fellow at the Institute for Research in the Humanities at the University of Wisconsin-Madison.

I am also a published historical novelist. I see fiction as a way of exploring the past in a more imaginative and emotive (not to say entertaining) fashion, and also a way of secretly teaching people about history without them realising it...

The Lion and the Lamb (London: Hodder and Stoughton, 2013)

At the Ruin of the World (London: Hodder and Stoughton, 2015)