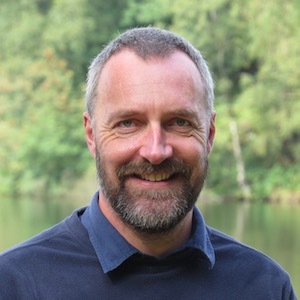 Neil Cartlidge works on the cultural, social and intellectual history of the Middle Ages, focusing particularly on Middle English literature, and its relationships with works in Latin and French (which were living languages in England for much of the medieval period). Much of his current research is addressed to themes and motifs that have resonances throughout medieval Europe; and he has become increasingly interested in the way that such ideas both feed and challenge the construction of the Middle Ages as an idea that suits the purposes and preoccupations of modernity. He has particular research interests in the history of attitudes to the law (and to legal relationships such as marriage); debate-poetry, dialogues and drama; medieval romances; and the works of Chaucer.

Neil Cartlidge has been Professor in Durham’s Department of English Studies since 2013. Before arriving in Durham in 2006, he held teaching posts at University College, Dublin and St John’s College, Oxford.

His most recent book is The Works of Chardri: Three Poems in the French of Thirteenth-Century England: The Life of the Seven Sleepers, The Life of St Josaphaz and The Little Debate (Tempe, AZ, 2015). This is the first translation (into any modern language) of the complete works of a lively but little known Anglo-French writer called “Chardri” (a name which should presumably be read as an anagram of "Richard"). In addition, he has published a critical edition of the first long comic poem in the English language, The Owl and the Nightingale: Text and Translation; and a monograph on medieval depictions of marriage, Medieval Marriage: Literary Approaches 1100-1300 (Cambridge, 1997). He has edited two volumes of essays on different aspects of medieval romance: Boundaries in Medieval Romance (Cambridge, 2008) and Heroes and Anti-Heroes in Medieval Romance (Cambridge, 2012). He is also the author of over forty essays and journal-articles. These include contributions to Journal of Medieval Latin, Studies in the Age of Chaucer, English Studies, Neuphilologische Mitteilungen, Viator, Medium Aevum, Papers on Language and Literature, Chaucer Review, Modern Language Review and Yearbook of English Studies.

Cartlidge studied English Literature at Clare College in Cambridge (graduating in 1990), and completed his doctorate in Cambridge under the direction of the Professor of Medieval Latin, Peter Dronke. He then held a British Academy Postdoctoral Fellowship at Wolfson College, Oxford in 1995–1998. He was an Alexander-von-Humboldt Research Fellow in 2002–2003 (based at the Seminar for Medieval Latin Philology at the University of Freiburg), and again in 2011 (based at the Institute for English Philology at the FU Berlin). More recently, he was a Leverhulme Trust Research Fellow in 2013–14; he spent the first half of 2014 as a visiting fellow at the University of Freiburg’s Institute of Advanced Studies (FRIAS). He was a DAAD-funded visiting professor at the FU Berlin for the whole of the academic year 2014–15. In November/December 2015, he was a Research Associate at Rikkyo University in Tokyo.

Cartlidge teaches across the range of England’s medieval literatures (including Old English, Middle English, Old French and medieval Latin), and has also offered a variety of special topics including modules on: Robin Hood; English Literature 1066–1348; English Ballads and Popular Romances (focusing particularly on the Percy Folio, Percy's Reliques and the Child corpus of ballads); Early English Drama; Middle English Debates and Dream-Visions; J.R.R. Tolkien and Mervyn Peake. He regularly teaches an MA module on medieval manuscripts and textual editing; and he has recently supervised PhD students working on topics that include: medieval logic and literature; Middle English saints’ lives; and English translations of Boethius from King Alfred to Queen Elizabeth.

At present, Cartlidge’s major research project is Confrontations in Medieval Culture: Figures of Opposition, 1000–1600. Figurative dichotomies like Body-and-Soul, Carnival-and-Lent, Yes-and-No, Winter-and-Spring or Knight-and-Clerk are prominent among the formal structures cultivated by medieval writers. The aim of this project is a book-length account of the origins, evolution and cultural significance of such oppositional motifs. Focusing principally on literary texts in English, Latin and French, it aims to provide new perspectives both on a set of traditions that are particularly central to medieval literature, and also on the broader cultural dynamics that these traditions imply. What does it mean, ultimately, that medieval literature has such a marked preference for adversarial forms?

He is also working on a new edition/translation of Walter Map's De nugis curialium; a book on multilingual literary cultures in thirteenth-century England; and (in collaboration with Winthrop Wetherbee) a collection of translations of medieval Latin debate-poetry.