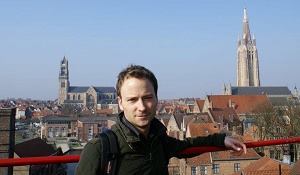 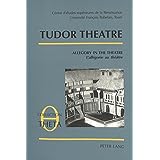 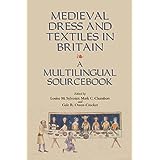 Running since 1979 (U of Toronto), REED is a massive international project to assemble a complete survey of medieval and early modern performance in Britain. REED-NE will be a critical edition of all surviving records of performance and entertainment in England’s North-East from about the ninth century up to 1642. The areas covered will be Durham, Northumberland (with the Percy papers), East Yorkshire, North Yorkshire and West Yorkshire.

2012-13 he was a Teaching Fellow at The University of Birmingham having formerly been Research Consultant on the Lexis of Cloth and Clothing Project based at the University of Westminster, London, UK (http://lexisproject.arts.manchester.ac.uk/index.html). After 2009 he was employed as Research Assistant on the Lexis project's sister work: the Medieval Dress and Textile Vocabulary in Unpublished Sources Project http://tinyurl.com/wardrobeproject, in collaboration with Dr. Louise Sylvester and Professor Gale Owen-Crocker. He holds a PhD in English from Trinity College Dublin (IRE), and has lectured on medieval and Renaissance English language and literature at the University of Durham (2001-2), Trinity College Dublin, University of Westminster and the University of Birmingham.

He has published widely in publications on material culture and historical philology and continues conducting research on fashion and sumptuary legislation in the 14th through the 16th centuries and on the lexicology of medieval fashion and dress. He is also preparing work on violence in the late-medieval drama and on the history of the tutelary good and bad angels in Western literature. 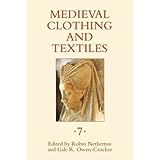