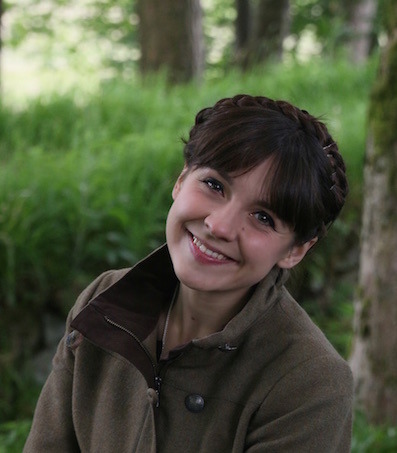 I cut my teeth in the Department of Anglo-Saxon, Norse and Celtic at the University of Cambridge. On the principle that you can never have too much of a good thing, I stayed on to do a PhD on landscape, identity and cultural memory in the Sagas of Icelanders. During this time I was a visiting research scholar at the University of Bergen (Centre for Medieval Studies) and University of Oslo (Department of Linguistics and Scandinavian Studies).

After brief stints in advertising and travel writing, I defected from the misty fens to the dreaming spires of Oxford in order to take up a Leverhulme Early Career Fellowship in the English Faculty. During this time I was also an Extraordinary Junior Research Fellow at The Queen’s College.

In 2013, I was selected as one of ten New Generation Thinkers in a national competition run by BBC Radio 3 and the Arts and Humanities Research Council (AHRC). The aim is to find early career academics with the potential to turn their research ideas into programmes for broadcast. I am now a presenter for Free Thinking, Radio 3's flagship arts and culture programme. Documentaries for Radio 3 include 'Summer Forest', 'Immortal North', 'Apocalypse How', 'True Norse' and 'Supernatural North'. Programmes for Radio 4 include 'Costing the Earth', 'Open Country' and 'On Your Farm'.

In October 2013 I took up a lectureship at Durham University. In 2015, I held a Visiting Research Fellowship in the Department of Scandinavian Studies, at the University of Wisconsin-Madison.

At its core, my work is about the relationship between landscape, identity and cultural memory. Much of my research has explored the history, cultures, languages and literatures of the medieval north. In Beyond the Northlands: Viking Voyages and the Old Norse Sagas I focused on the history of Norse far-travellers who made their mark on the great civilizations of the Middle Ages. I examined the medieval world through the lens of the far-travelling Norse and their saga storytelling culture, establishing an unfamiliar approach to global history that provided insights into how the world was remembered and imagined by the medieval Icelanders. This project also incorporated my own fieldwork in locations including Greenland, Arctic Norway, Iceland, Sweden, Orkney, Rome, and Istanbul.

Through my work on historical landscapes and geographies (real and imagined) I became General Editor of the Brepols book series Borders, Boundaries and Landscapes. Beyond the medieval world, I have broader interests in northern and arctic studies, and have co-edited the volume 'Imagining the Supernatural North' with colleagues from the International Arctic Social Sciences Association. I am Co-Associate Director of the Arctic Research Centre for Training and Interdisciplinary Collaboration at Durham (a doctoral training and research centre funded by the Leverhulme Trust). I am also a member of the 'Creating the New North' research group at the University of Tromsø, Norway.