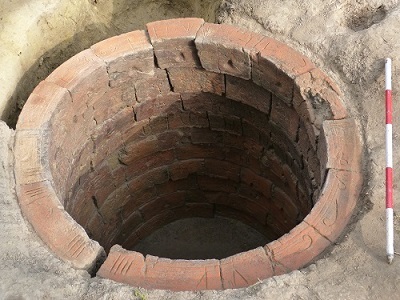 Embracing very different calendars, places, beliefs and traditions, there are many similarities between the practices and characteristics of ancient and modern pilgrimage across the globe. Whether considering the stations along the early twentieth-century Ottoman Hejaz Railway or the Camino de Compostela’s medieval albergues, pilgrim routes needed to be furnished with practical infrastructure, offering access to accommodation, food and water. Provision of those needs saw pilgrimage centres and their access routes often becoming vibrant economic corridors, requiring significant management and administration. While the manufacture of badges, amulets and other souvenirs for pilgrims was almost universal, in certain places and times, even natural elements can be charged with sacredness and become a commodity to be treasured and transported, such as holy water. This short talk will start by examining some of archaeological evidence for such pilgrim infrastructure and practices on a global scale before focusing on the excavation and study of a single monument - a brick well, close to Lumbini, the birthplace of the Buddha in modern Nepal. Placed on what we believe to be an ancient pilgrim and trade routeway, we now know that it forms one element in a longer trail of physical infrastructure. The challenge today, however, is how to protect this ancient evidence from the impact of new infrastructure catering for increasing numbers of modern pilgrims.

Robin Coningham holds UNESCO’s Chair on Archaeological Ethics and Practice in Cultural Heritage at Durham University and is Associate Director (World Heritage) of Durham’s Institute of Medieval and Early Modern Studies. He has co-directed UNESCO’s archaeological fieldwork in the Natal Landscape of the Buddha in Nepal for the last 10 years.

UNESCO’s 2019 volume on The Sacred Garden of Lumbini is freely available from UNESCO’s UNESDOC’s Digital Library.