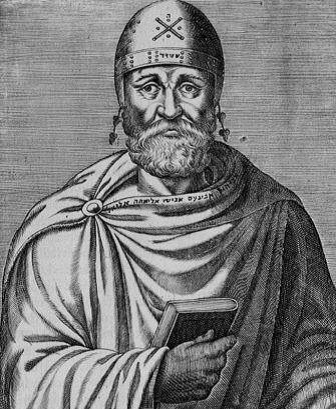 Rabbi or Church Father: The debate over Philo of Alexandria among Jews and Christians in early modern Europe - THIS EVENT HAS BEEN CANCELLED

PLEASE NOTE THAT DUE TO PLANNED INDUSTRIAL ACTION, THIS LECTURE HAS NOW BEEN CANCELLED

The lecture will be followed by a free drinks reception in the Courtyard Cafe. Booking is essential.

PLEASE NOTE THAT DUE TO PLANNED INDUSTRIAL ACTION, THIS LECTURE HAS NOW BEEN CANCELLED

Philo of Alexandria was adopted as a Christian thinker by many patristic writers and remained part of Christian tradition for centuries. In the late fifteenth century Philo's works begun to be translated into Latin and in the mid sixteenth century, Adrien Turnèbe printed the editio princeps. In Italy, a small, but active Jewish intellectual elite studied Philo in Sigismund Gelenius’s Latin translation. and began to ponder whether the Hellenistic Jew had any connections with their own Jewish or rather rabbinic legacy.

Joanna Weinberg is Professor Emerita Early Modern Jewish History and Rabbinics, University of Oxford where, until the end of the academic year 2016-7, she taught Rabbinics and medieval and early modern Jewish history and literature for the Oriental Faculty.

Professor Weinberg collaborated with Anthony Grafton (Princeton University) on the Hebrew studies of the great Huguenot scholar Isaac Casaubon (Harvard University Press, 2011) Together with Anthony Grafton she is presently engaged in an investigation of the major German Reformed Hebraist Johann Buxtorf and his paradoxical approaches to Jews and Jewish literature, and, with Michael Fishbane, edited and contributed to Midrash Unbound. Transformations and Innovations (Littman Library, 2013).