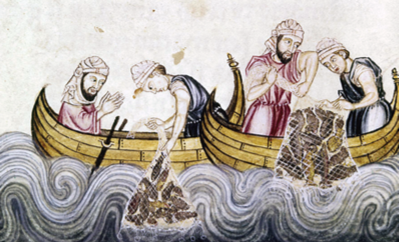 The lecture will be followed by a free drinks reception in the Courtyard Cafe. Booking is essential.

The Islamic conquest of Iberia in the 8th century AD had a profound effect on society and culture. Muslim, Christian and Jewish communities coexisted for several centuries, first under Islamic rule as al-Andalus and later under Christian rule following the ‘reconquest’ that gained momentum in the 12th century. Diet and foodways, being inextricably linked to identity, faith and social status, offer an informative window onto this pluralistic multifaith society. This seminar explores the contribution scientific archaeology, specifically carbon and nitrogen isotopic analysis, is making to our understanding of Islamic and Christian diets and economies. Selected case studies will be presented from Medieval sites under Muslim and Christian political control from both Spain and Portugal.

Michelle Alexander is a Lecturer in Bioarchaelogy at the University of York. She studied scientific archaeology at Durham (BSc), Manchester/Sheffield (MSc) and returned to Durham for her PhD where she started her research on dietary isotopes in medieval Iberia. She held a Post-Doctoral position in ancient DNA at Aberdeen and was a Visiting Fellow at both Cornell and Durham (2011-2012). She took up her lectureship at York in 2012 and continues to research diet in medieval societies using scientific approaches with a focus on the Mediterranean (Italy and Iberia). She is also currently working on an ERC project (PI Martin Carver) Sicily in Transition, exploring Byzantine, Islamic and Norman shifts in economy and diet.