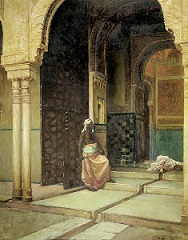 The French Connection: Cultural Colonisation and the Medieval Spanish Epic

Abstract: ‘Africa begins at the Pyrenees’: the idea, variously attributed to Alexandre Dumas, Stendhal, and Napoleon, is symptomatic of Romanticism’s fascination with Spain. Here was a territory whose history, people and ruins afforded European intellectuals the opportunity to contemplate the rise and fall of empires, the clash of civilizations, and a national genius composed of nobility and barbarity in equal measure. The notion of Spain as Europe’s ideological as well as territorial frontier has a long and in some respects rather tired pedigree. This lecture examines some medieval antecedents, and examines the ideological construction of ‘Spain’ in French and Spanish epic poetry, with a view to enrich and interrogate some of the recent postcolonial approaches to medieval studies.

The Leslie Brooks Lecture series was established by Durham University's School of Modern Languages and Cultures, in association with St Cuthbert's Society, in memory of James Leslie Brooks, former Professor of Spanish and founder of the Department of Spanish at Durham.