Israel and Lebanon in third round of maritime boundary talks

Israel and Lebanon, although still technically at war, have completed a third round of talks around their disputed maritime border and the offshore hydrocarbon exploration rights that come with it.

The offshore area in question, originally an 860 square kilometre wedge known to be rich with gas deposits. has now more than doubled in size as Lebanon has extended its claims southward and Israel northward. The enlarged area of dispute includes the Karish Gas field which Israel has already assigned to a Greek energy firm for exploration.

Claiming that its northward expansion of the area’s northern border was in response to Lebanon’s southward expansion of the southern border, an Israeli source said, “The Israeli delegation itself presented a line that is north of the border of the dispute, and clarified that no talks will be held on a line that is south of the border of the dispute.”

The talks have been mediated by the United States in a UN peace-keeping base in the Lebanese border town of Naquara.

In a joint statement by the UN and US, the talks were said to be “productive” and both mediators “remain hopeful that these negotiations will lead to a long-awaited resolution”.

The talks started in October 2020 when both sides agreed to begin the negotiations after 3 years of diplomacy by the United States.

The next round of talks will be on 2 December. 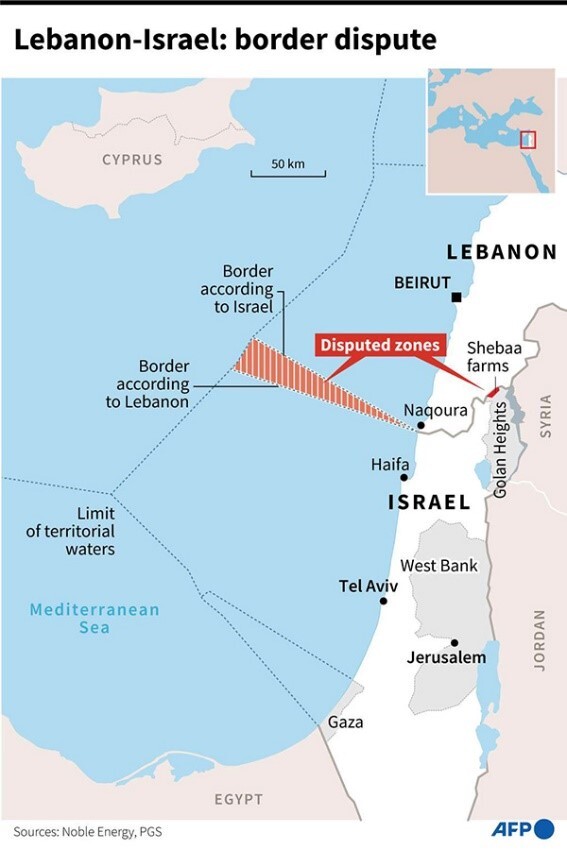