As part of its commitment to promoting scholarly activity and research, Hatfield College has appointed the following Junior Research Fellows. The Fellows will help mentor postgraduate students and will play an active part in the academic life of the College. 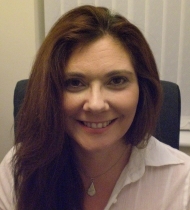 Dr Ladan Cockshut is a postdoctoral researcher with Creative Fuse NE at Durham University Business School, an AHRC-, Arts Council, and ERDF-funded multi-university research project looking at the understanding and supporting digital and creative economies in the North East (2017-2018). Previously she was a senior lecturer in computer games at Teesside University (2015-2017). Preceding that, she was a PDRA in the School of Applied Social Sciences at Durham University where she worked on an EPSRC-funded project researching the policing of cybercrime. She completed her PhD in 2013 in Durham's Department of Geography (and as a member of Josephine Butler College) where she researched space, sociality, and competition in multiplayer game environments with ther entire ethnographic research situated in the popular game World of Warcraft.

Her research interests include sociality in computer and video game play, creativity and practice-based research, theories of play and games, crowdsourcing and games, deviance and criminality in cyberspace, innovating social science research methods, and the social policy implications of digital technologies. 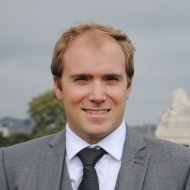 Dr Marc Etherington joined the Organic Electroactive Materials (OEM) group in the Physics department in March 2015. He is originally from Stockton-on-Tees and as such is local to the area. He first arrived in Durham as an undergraduate student in 2007 studying for an MPhys at Grey College. This included a fourth-year project under the supervision of Professor Andy Monkman.

After graduating in 2011 he went up to Cambridge to undertake his PhD in Physics at Clare College under the supervision of Prof. Neil Greenham. The subject of his thesis was ‘Magnetic field effects on the triplet states in organic semiconductor devices’.

During his current time in Durham he works a research associate on the PHEBE project, investigating potential thermally-activated delayed fluorescence (TADF) emitters for organic light-emitting diodes (OLEDs). This is in collaboration with Novaled, TU Dresden and Kaunas University of Technology. This forms part of his wider research interests in OLEDS, organic photovoltaics (OPVs), and the excited states of organic molecules.

He is a laboratory supervisor in the first year Physics module Discovery Skills in Physics, supervises fourth-year project students in the OEM group and has provided Summer projects for local sixth-form students through the Nuffield Foundation.

If you are keen to organise science-related events either in College, the Department of Physics or in the wider Faculty of Science, please do not hesitate to contact Marc (marc.k.etherington@durham.ac.uk) as he will be happy to support in any way.