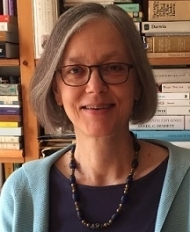 Ann MacLarnon became Master of Hatfield College in September 2017, as well as Professor of Evolutionary Anthropology in the Anthropology Department at Durham. As Master, Ann is responsible for leading all aspects of college life, including ensuring an excellent student experience and academic engagement. Ann grew up in Leicestershire, and went to Newnham College, Cambridge University, where, after one year studying Natural Sciences (Physical), she switched to Physical Anthropology (now known as Biological Anthropology) for the second and third years of her BA. Following this, Ann went to University College London, where she worked as a research assistant in the Anthropology Department, whilst studying for a PhD part-time. After a couple of years teaching at UCL, Ann moved to Roehampton University in London where she worked from 1989-2017, holding various roles, including Head of the School of Life Sciences, Head of the Graduate School and Deputy Provost Research, becoming Professor of Evolutionary Anthropology in 2003. Ann’s research interests include physiological adaptations of primates and the evolution of human speech. She is active in her subject nationally including serving a period as President of the Primate Society of Great Britain, and two periods on the Anthropology panel for national assessments of research in UK universities (RAE and REF). She is currently Vice President (Biological) for the Royal Anthropological Institute. Aside from academic interests, Ann is a keen amateur violinist. 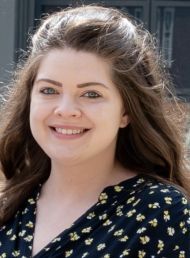 Katie Stobbs joined Hatfield College in July 2020 as Assistant Master. Katie is responsible for leading on student support provision in College as well as supporting a wide range of student-led activities. Prior to her role at Hatfield, Katie was Assistant Principal at Ustinov College. Katie grew up in County Durham, read Politics at Newcastle University and then studied for a Master’s degree in International Relations at Durham University. After graduating in 2011, she worked for the Anne Frank Trust UK, a national anti-racism charity, followed by a five-year stint in the Middle East working on cross-boundary research and development in renewable energy, water conservation, as well as wastewater treatment and reuse and sustainable agricultural innovation. Katie also managed DFID’s international volunteering programme in the West Bank. From 2016-2019, Katie oversaw DU Student Volunteering and Outreach and led the department in securing the Queen's Award for Voluntary Service, the MBE for voluntary groups.

While College continues to seek to appoint a permanent Vice Master, Jonathan has been seconded to College as Acting Assistant Master for the Epiphany Term 2021 from Experience Durham, where he is usually the Development Coordinator for Durham Inspired, as well as Team Durham American Football Coach. Jonathan read Mathematics and Statistics at Newcastle University, followed by a PGCE. He taught Maths at secondary level for 12 years, including 2 years in the States, and then at a number of schools in the North East including 7 years at Cramlington. Amongst other things since joining Durham full-time 3 years ago, he has been responsible for training coaches for DIA and for setting up the University’s Virtual Freshers’ Fair at the start of this year.