Gender and Law at Durham 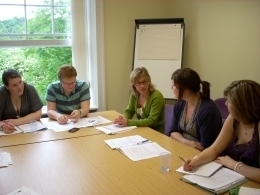 In 2001 the first Law & Gender course was established in Durham. Law, Gender & Society introduces students to some of the key ideas and thinkers in this area, then applies those insights into specific areas of law, such as abortion, judicial diversity, family law, anti-discrimination law and many other fields. By 2002, over 100 undergraduate students were taking Law, Gender & Society and it established itself as one of the more popular modules in the Law Department School. In recent years, this module has developed a significant component examining the relationships between law, gender and sexuality, which brings an innovative and fascinating developing field of study to the module.

This year, LGS is accompanied by an LGS Law and Film Series. Details of the Films can be found here. 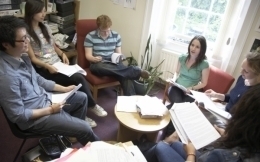 Due to the popularity of Law, Gender & Society, in 2004 another Law & Gender module was created, this time focusing on links between gender, law and crime. In 2012, this module was substantially revised and renamed as Law, Sex and Crime. This module considers how gender influences crime and the criminal law, and vice-versa, focusing on issues such as sentencing & imprisonment, rape trials, pornography, prostitution, and other topical areas of debate.

A new LLM module - International Perspectives on Law and Gender - ranfor the first time in 2012-2013. In this module, students in a critical introduction to the relationships between law, gender and society. Topics covered include: the representation of women in boardrooms and the judiciary; international and comparative legal regulation of prostitution and prostitution; international legal responses to rape; comparative legal analysis of reproductive autonomy including access to legal abortions and commercial surrogacy.

Members of the GLAD supervise students at PhD and MJur level and are happy to be contacted informally to discuss research proposals. More information is available from the Department's Law School’s postgraduate pages.