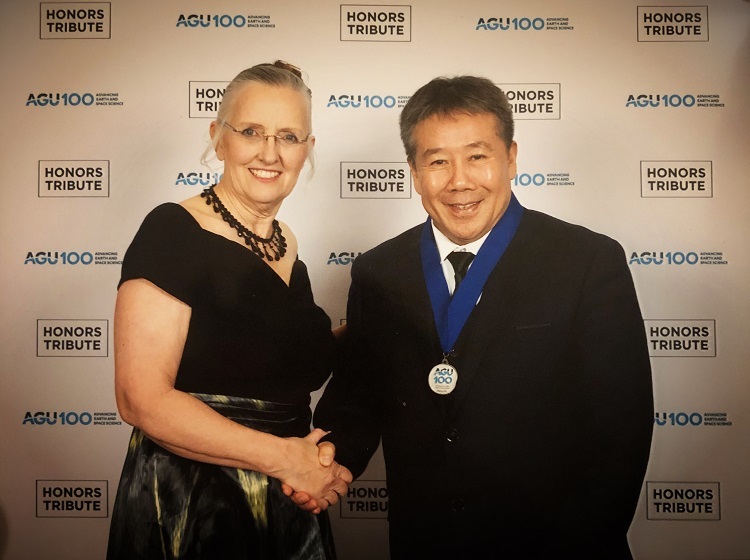 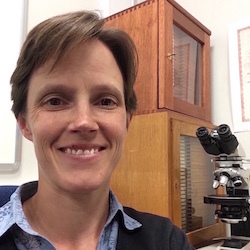 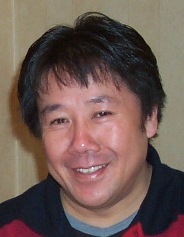 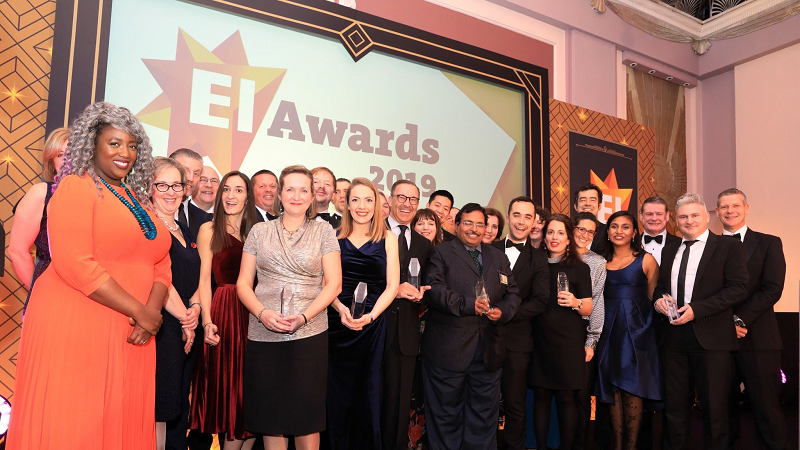 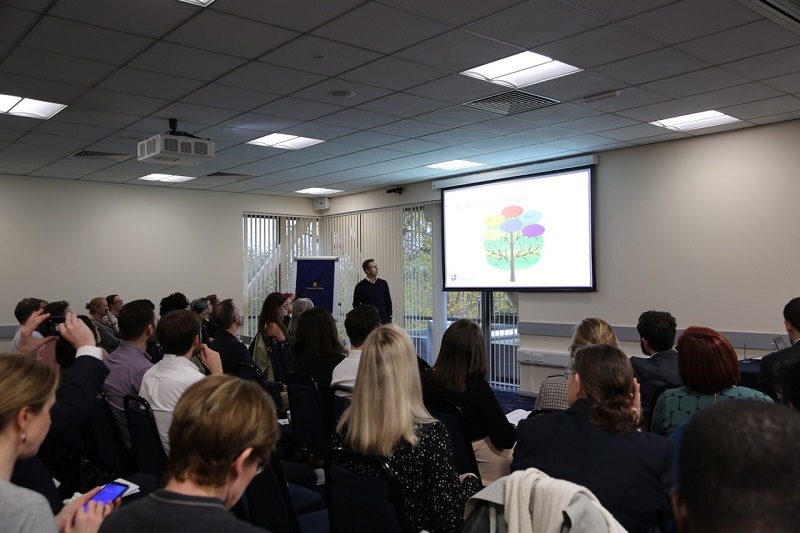 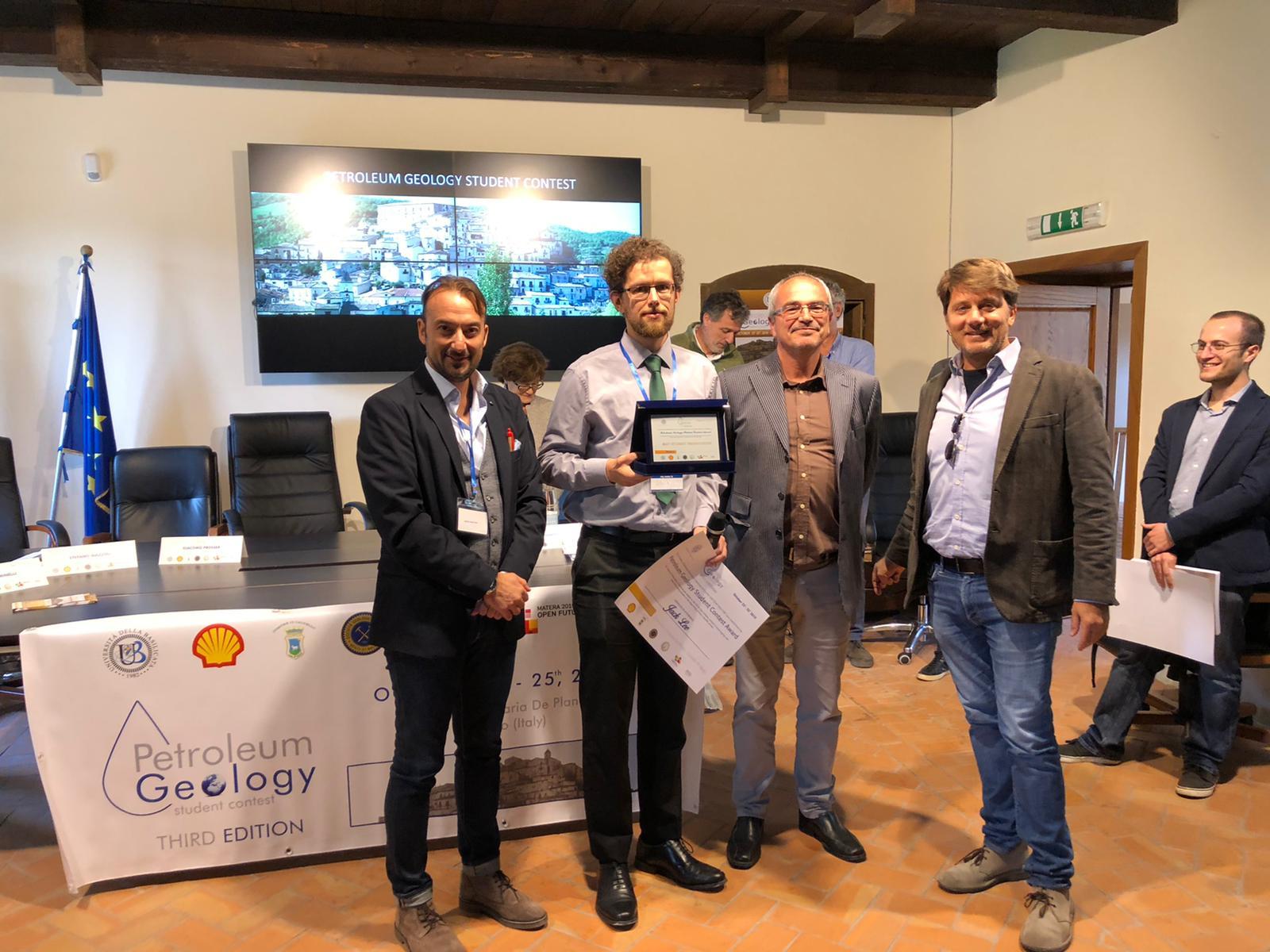 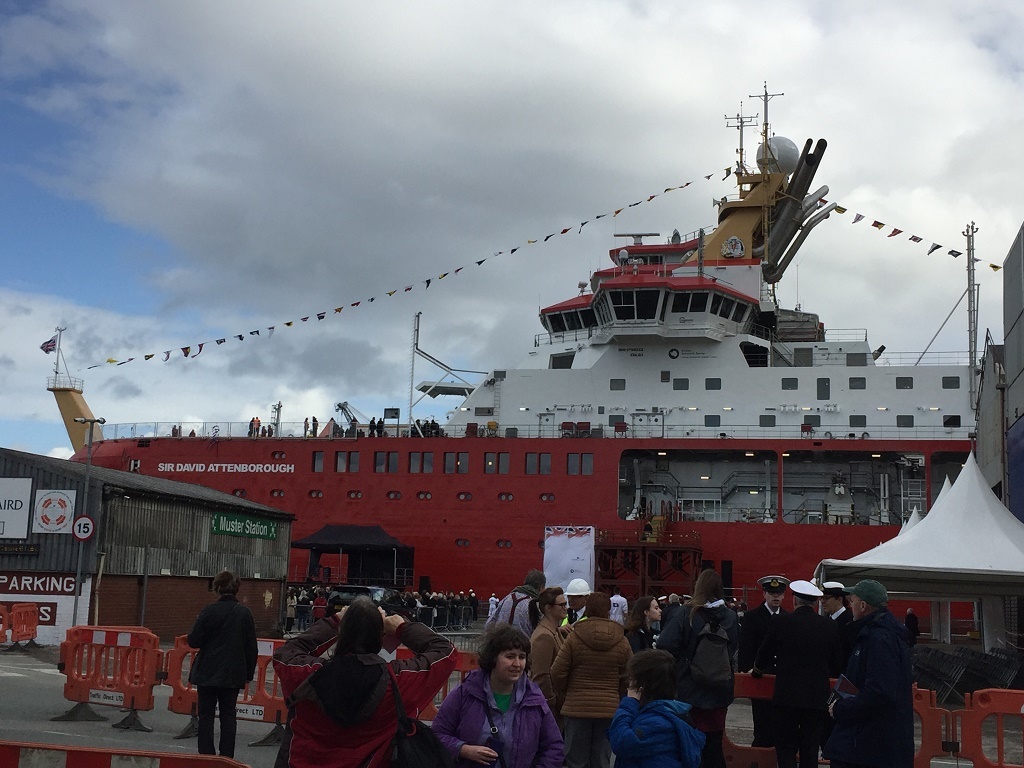 On Thursday 26th September Professor Christine Peirce attended the naming of the RRS Sir David Attenborough at the Cammell Laird shipyard in Birkenhead. Her Royal Highness the Duchess of Cambridge, together with Prince William and Sir David himself, did the honours smashing a bottle of champaign against the ship's hull. Professor Peirce has been appointed to lead the at-sea fitness for science trials of the marine geology and geophysics instrumentation when the vessel makes it to sea next year. 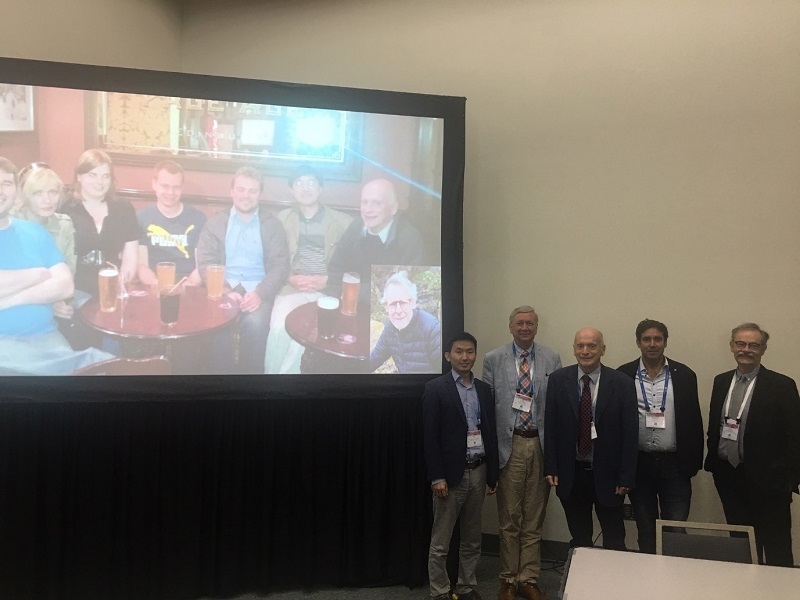 The Energy & Fuels Joint Award for Excellence in Publication recognizes a notable article that has been published in the American Chemical Society’s journal Energy & Fuels during the previous 5 years.

Double Medal Success for our Volcanologists 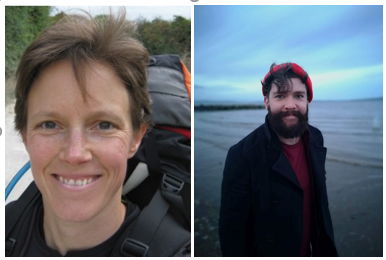 At the 27th General Assembly of the International Union of Geodesy and Geophysics (IUGG) in Montreal this summer, two members of our department were awarded honours for their academic accomplishments in the Earth Sciences and in volcanology in particular.

(6 Sep 2019) » More about Double Medal Success for our Volcanologists

Thanks to winning a Fieldwork Bursary of £250 from the Yorkshire Geological Society, Durham Earth Sciences student Tegan Allen is able to undertake extended field-scale trials of a mine water clean-up technology at Cwmystwyth mine in mid-Wales

The department has improved the capability of the geochemistry laboratories by the recent delivery of an Analyte Excite + 193nm Eximer Laser Ablation system (Teledyne Photon Machines). Coupled to our existing Thermo Scientific X-Series 11 ICP-MS this will enable the elemental analysis of solid samples of sizes of 20um and less allowing for great spatial resolution. The instrument will initially be used to develop methods tracking and quantifying magma oxidation state and equilibrium melt composition, using minerals such as amphibole and apatite. Other application areas include: Environmental and geological analysis, including, elemental concentrations isotope ratios and fluid inclusion and Paleo environment reconstruction.

First for England as science course taught in prison

Education in prisons has a long history but science, other than distance learning, has been absent - in part because much science teaching traditionally relies on experimentation using technical equipment which is not available in prisons.

But now one of our academics has developed a science course that requires only a presentation, writing and reading materials.

Dr Stephen Thomas, an Honorary Fellow in the Department of Earth Sciences, was recently honoured as an Engineer by receiving the Freedom of the City of London in a ceremony at the London Guild Hall in February.

Smart surfaces, offshore wind energy and unmanned electric transportation are some of the subjects students will be able to study and research, thanks to new funding from the Engineering and Physical Sciences Research Council.

Applications are now open for students to start PhDs in September this year within four Centres for Doctoral Training involving Durham University.

Congratulations to Dr. Jonny Imber, Stuart Clarke (who presented) and the team on their presentation “The Influence of “Cimmerian” Exhumation on the Hydrocarbon Potential of the Southwest Approaches, Offshore NW Europe” which was judged as a “Top 10 Oral Presentations” during the 2018 Annual Convention and Exhibition in Salt Lake City, Utah.

Congratulations to Giacomo Pozzi who has been awarded an outstanding presentation award at AGU2018.

This is a very prestigious award, which is only granted to the top 5% of student participants, and AGU is one the largest conference in our field, with more than 20000 attendees, from all parts of the world. 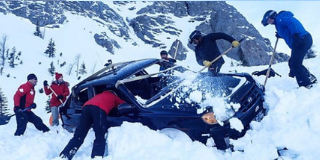