Microplastic ‘garbage patches’ on the seafloor controlled by ocean currents

One of our researchers, Florian Pohl has helped record the highest level of microplastics ever found on the ocean floor – with up to 1.9 million pieces in an area of just one square metre.

The study, published in the journal Science, highlights the problem of plastic pollution in our seas, 99 per cent of which lies beneath the waves. Working as part of an international team Florian has shown how deep-sea currents act as conveyor belts, transporting tiny plastic fragments and fibres across the seafloor.

The research provides the first direct link between the behaviour of these currents and the concentrations of seafloor plastics - dubbed ‘microplastic hotspots’. These hotspots appear to be the deep-sea equivalents of the so-called ‘garbage patches’ of plastic waste formed by currents on the ocean surface. These deep ocean currents also carry oxygenated water and nutrients, meaning that seafloor microplastic hotspots can also house important ecosystems that can be harmed by consuming or absorbing the microplastics. The findings will help predict the locations of other deep-sea microplastic hotspots and shape research into the impact on marine life. 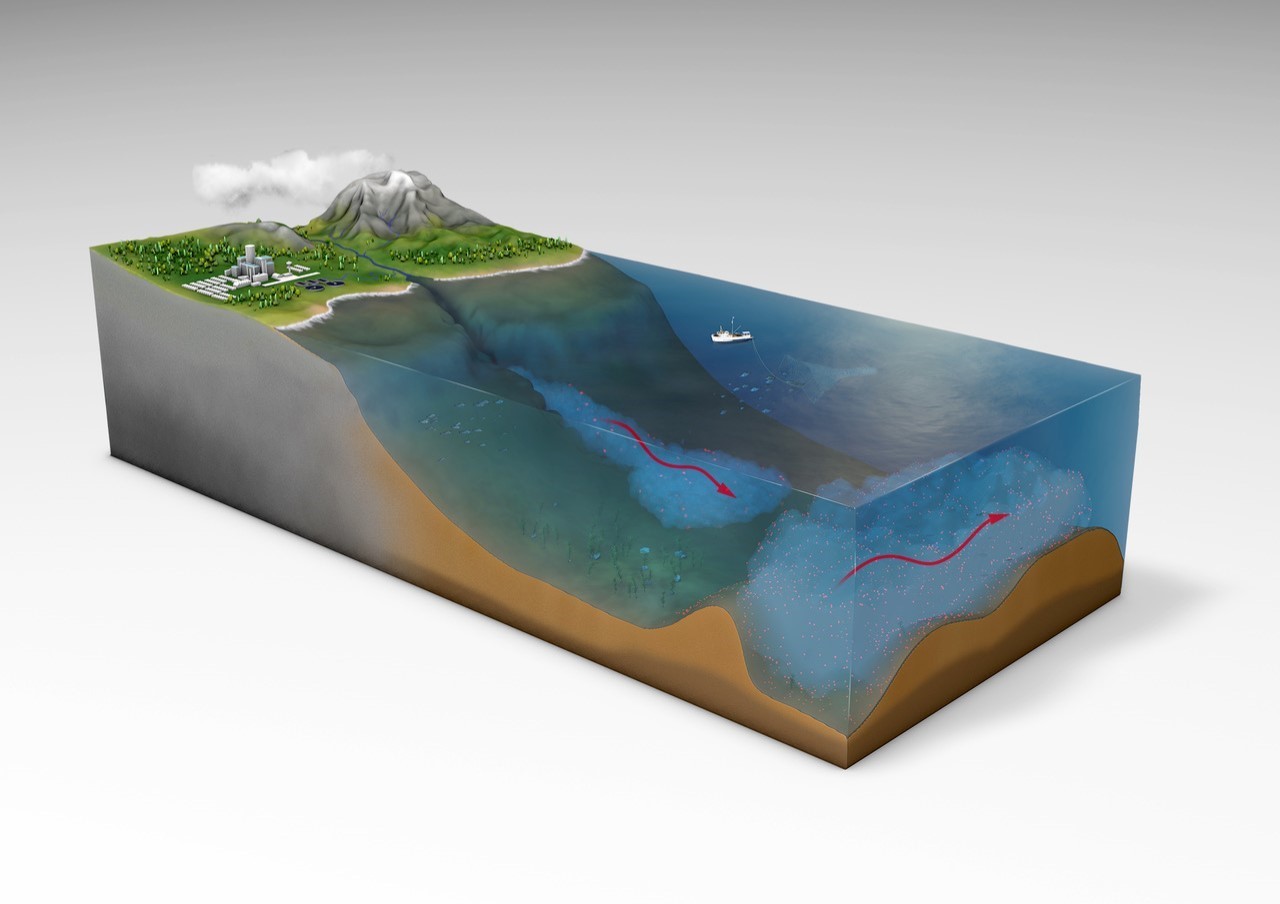