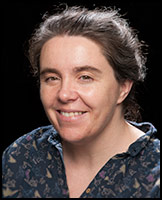 After studying at the Institute of Archaeology in London (UCL) I spent several years working in commercial archaeology in the UK before completing my PhD studies at The Queen’s College, Oxford and an early career post-doctoral research fellowship at St Cross College Oxford. I took up my first permanent lectureship at the University of Chester in 2004 before moving to the Department of Archaeology at Durham in 2006.

As an early medieval archaeologist focused on the landscapes and material culture of Britain and northern Europe, my research is particularly connected to ways of understanding past human interactions with natural and human altered environments, with particular reference to the role of landscape and material culture in definitions of identity and religion and processes of social and political transformation.

Perceptions of the Prehistoric in Anglo-Saxon England (2019[2013]) explores the centrality of the physical remains of the past in the shaping of early medieval identity and power. Landscape and place provided an important discursive terrain for the situation and performance of emergent power and consensual or assembly practices and this is something I explore with colleagues in Negotiating the North: Meeting Places in the Middles Ages in the North Sea Zone (2020), published with Routledge, which provides the outcomes of a major collaborative international project in 2010-13 that explored the development and performance of administrative and assembly practices in northern Europe from AD 300-1500. Results from The Assembly Project also feature in two Special Volumes of the Journal of the North Atlantic and global perspectives are explored in a special issue of World Archaeology 50.1 on Temporary Places, Gatherings and Assemblies.

Research interests in death and burial, landscape and identity also resulted in a major Leverhulme-funded project People and Place. The Making of the Kingdom of Northumbria. Together with a team of seven researchers, we are using the burial records of northern Britain to explore the health, wealth, ethnicity and lifestyle of the first Northumbrians, charting the emergence of one of the largest kingdoms in early medieval Britain in terms of migration, mobility, social stratification, and political aggregation AD 300-800. This project is also closely allied to collaborative work with Kate Mees, a British Academy Post-doctoral Fellow, who recently completed a research project on Funerary Landscapes and Social Change in Early Medieval Northwest Europe, c. AD 400-900. Together these have contributed to an international conference Grave Concerns: Death, Landscape and Locality in Medieval Society and number of publications including a major thematic edited volume Life on the Edge: Social, Religious and Political Frontiers in Early Medieval Europe (2017), a recent paper in Cambridge Archaeological Journal (2020) and a Special Issue of World Archaeology 52.2, exploring the topic of Necrogeographies (2020).

With strong research interests in understanding the expression of power, authority and identity through monuments, buildings and objects as well as landscapes also underpinned, I have collaborated with Maria Utrero Agudo on CHISEL: Church Building as Industry in Early Medieval Western Europe. This complements many years of work supporting the seminal and long-running Corpus of Anglo-Saxon Sculpture and its online and free catalogues and resources. In 2018 I led on a successful bid to the AHRC for Worked in Stone. Completing the Corpus of Anglo-Saxon Stone Sculpture, a final major 3-year programme of research that will bring this seminar project to completion. WIST is popularising the resource in digital form with three workshops with key non-academic stakeholders, a major conference in 2021 at Durham Worked in Stone: Early Medieval Sculpture in its International Context, and a final synthesis or project publication presenting the first general critical and exploratory overview of the entire national corpus. Growing interest in objects as transformative elements in early medieval society has also driven a recent collaboration with Julie Lund on A Cultural History of Objects in the Medieval Age 500-1400 CE (2020) and underpins a successful bid with the National Museum of Scotland for a Collaborative Doctoral Award on Scottish Medieval dress accessories held by Lydia Prosser.

In participated recently in the AHRC-funded Royal Residences Network which, via discussions and workshops, is reinterpreting an influx of new evidence for royal or elite palace/central place sites in Britain. In this context I am currently undertaking preparatory work for a major field project at Yeavering in Northumberland. The Yeavering Project is in collaboration with The Gefrin Trust and has resulted so far in a Resource Assessment, Research Agenda and Project Design. Fieldwork is planned for 2021.

As well as holding the position of Head of Department in Archaeology at Durham, which is truly exciting and a great honour as one of just three women to hold the role since the Department was created, I have recently completed a six-year term as Deputy then Honorary Editor for the international journal Medieval Archaeology – a truly enjoyable career highlight. I also currently serve on the Editorial Board for the journal World Archaeology.

I am committed to furthering research of all kinds on early medieval societies and currently contribute to teaching on Archaeology in Britain, Medieval and Post-medieval Britain and Ireland and Anglo-Saxon Cultures and Societies. I am supervising PhD students working on a wide range of projects including the recycling of Roman objects in early medieval funerary assemblages, naked human imagery in early medieval art and jewellery sets, dress fittings from 7th-century female graves, the use of jet and jet-like materials by medieval communities and Scottish medieval dress accessories.

Postgraduate enquiries on all aspects of early medieval archaeology are welcome, particularly on sculpture in its landscape context, early medieval artefacts, funerary rites and architectures of consensus, power and authority. I am an active member of the Material and Visual Culture, Northern Communities and Landscape Research Groups.