Is fracking safe? Examining the impact of fracking in the UK 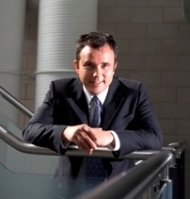 The work of Durham Energy Institute’s ReFINE consortium was on Channel 4 News and in Newcastle Journal last week. With Prime Minster David Cameron signalling the Government's intent to go all out for shale gas, an examination is underway of whether there is evidence to support the safety concerns of its opponents and what the possible financial benefits of fracking might be.

“There is no such thing as a 100% safe energy technology. The research we have been doing at Durham University has looked at the chances of water contamination and what we found out is it is not the fracking process the cracking of rock which causes water contamination, if it happens, it is actually sloppy practices at the surface, spillages and things like that, and poor cementing of wells”.

A feature on fracking in the Newcastle Journal also discussed the Durham Energy Institute’s research: Fracking - is it safe? - Peter McCusker exmaines the impact of fracking in the UK(15 January).

In response to the argument that test-fracking in Lancashire in early 2011 triggered earthquakes, Professor Davies highlighted that research by ReFINE into hundreds of thousands of fracking operations found that felt earth tremors were rare and had only been caused in three places including Preese Hall, Lancashire.

He said: “The incident in Lancashire was most likely caused by fracking close to an existing fault. We are starting two new research projects as part of ReFINE to look into how close to a fault it is safe to drill and which faults in the UK should be avoided because they could shift if fracking occurred near to them.”

In response to fears that the fracking process causes water contamination Prof Davies said: “Fracking is not the cause of the contamination. In Pavillion the wells were not cemented effectively. So it’s not the fracking itself but often the other associated operations that need to be focused on.”

Read ReFINEs research briefs. These are short illustrated summaries of ReFINE research written for non-scientists, the public and the media and available in multiple languages. Currently available: