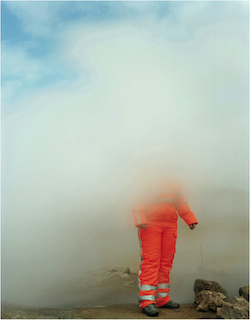 Preceding his lecture, 'Thinking Oil', to be held at 6pm on Wednesday 29th October, Imre Szeman will lead a workshop for the "Ecologies and the Arts" research group.

Imre Szeman is Canada Research Chair in Cultural Studies and Professor of English, Film Studies and Sociology at the University of Alberta. He conducts research on and teaches in the areas of energy and environmental studies, social and cultural theory, globalization and nationalism, and Canadian studies.

Szeman is the recipient of the John Polanyi Prize in Literature (2000), the Petro-Canada Young Innovator Award (2003), the Scotiabank-AUCC Award for Excellence in Internationalization (2004), an Alexander von Humboldt Fellowship (2005-7), the President’s Award for Excellence in Graduate Supervision at McMaster University (2008), and a Killam Annual Professorship (2013), among other awards. He is the founder of the Canadian Association of Cultural Studies and a founding member of the US Cultural Studies Association. Szeman is founding editor of Reviews in Cultural Theory and a member of the editorial collective of the journal Mediations. Current projects include: a book on the cultural politics of oil; an edited collection on energy, history and politics; and a major companion to critical and cultural theory.