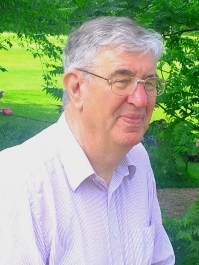 by Dr Fraser Watts, Visiting Professor of Psychology and Religion, University of Lincoln

ABSTRACT:
Hope has been an important theme in both theology and psychology in recent decades, but there has been very little engagement between them concerning hope. Theology has often made a distinction between hope and optimism, and more recently that distinction has been made in psychology too. Optimism emphasises expectations about the future, and is most commonly found when circumstances are favourable. Hope, in contrast, can exist in unfavourable conditions in which there are no grounds for optimism, and is more a matter of attitude than expectation.

Psychological research on hope has been dominated by Snyder’s conceptualisation of it as reflecting the belief that one can find pathways to desired goals, and be capable of following those pathways. From a theological perspective that seems based on too simplistic a view of what goals are desirable, and places too much emphasis on self-efficacy in bringing those goals about. Theology would tend to assume that worthwhile goals are achieved more collaboratively, and as a result of openness to transcendent resources.

Research on depression has identified hopelessness as one of its key characteristics. It seems to be both a symptom of depression and something that maintains depression. Though this research has generally not been specific about what kind of hope is lacking in depression, measures of hopelessness often seem to be focusing on a lack of optimism, though it is arguable that a lack of hope would be of greater causal significance in maintaining depression. It is also not clear that, in order not to be depressed, people need a sense of self-efficacy rather than a sense that goals can be achieved more collaboratively.