Child Abuse and its Impact on Children’s Spirituality 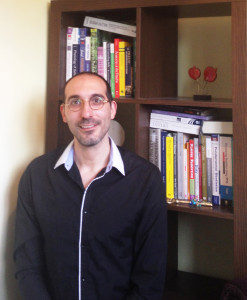 ABSTRACT:
It is commonly accepted that abuse violates many aspects of the child’s understanding of his or her world, self and spirituality. Children’s development through their journey to experience the world makes them dependent and easily led. Parents on the other hand, pay great attention on their children’s physical development such as focusing in on their children’s nutrition and surrounding environment which will shape their bodies and character accordingly, as they grow up. Less attention has been given to children’s spiritual experience, which plays a fundamental role in shaping not only their attitude to nutrition later on in life but also on their attitude towards life and toward their ‘Self’.

This paper aims to discuss aspects of spirituality in childhood, the meaning of spiritual trauma in childhood and the impact of spiritual trauma on children’s mental health in later stages of life. One of the central points of discussion is the hypothesis that abuse in childhood creates a reverse spiritual experience, which is an amalgamation of overwhelming arousal and cognitive schemata, which creates a sense of denigration and nothingness about the Self in relation to the world. This paper investigates aspects of child abuse and its impact, among Christian families in Greece, over the last ten years. The research project was funded by the Holy Synod of the Greek Orthodox Church. Finally, the researchers’ adopted an anthropological study following the AAA and BACP ethical frameworks.

BIOGRAPHY:
Nikolaos has graduated as a psychotherapist, psychologist, Sports Scientist and Theologian. He has extensive experience working in psychotherapeutic settings providing individual, couples, group therapy and clinical supervision. His first Master’s degree is in Forensic Psychology and Criminal Investigation, linked with psychoanalysis and spirituality while his second Master’s is in Psychology of Religion. Nikolaos specialized in spirituality. He has worked in a variety of settings such as the NHS, the Ministry of Justice, and other religious organizations in UK, Europe and USA. Nikolaos has a keen interest in exploring spirituality and individuals’ well-being and healing processes which is the main focus of his PhD. His research interests are in the healing powers of religious beliefs, mental health and spiritual possession with a particular interest on evil eye. Further to such interests, most of his clinical and academic life has been focused on early on spiritual trauma and personality disorders but more specifically on psychopaths. He has developed a specific interest as psychotherapist on spiritual trauma and the forensics and the integration of religion and spirituality and psychotherapy.