Centre for Research into Violence and Abuse (CRiVA)

The experiences of the Criminal Justice System by people who have a learning disability and who have experienced sexual violence
Webinar co-organised by CRiVA and Rape Crisis Tyneside and Northumberland
10am - 12noon BST, Wednesday 23rd September
Booking essential: https://access_to_justice.eventbrite.co.uk

Rape Crisis Tyneside and Northumberland and Durham University have worked alongside Northumbria Police to carry out research into the experiences of the Criminal Justice System by people who have a learning disability and who have experienced sexual violence.

This research investigated how people with learning disabilities might be better supported through the Criminal Justice System when reporting sexual assault and/or rape. The research is an exploratory local study in the Northumbria police force area and involved case analysis of police data; alongside interviews with service users and key stakeholders.

At this event we will present key findings from the research and explore the next steps in the journey to ensuring justice and safety for people who have a learning disability.

CRiVA Public Lecture with Harriet Wistrich (Centre for Women's Justice), 24th January 2019
How the criminal justice system fails victims and punishes survivors, and what feminist lawyers can do about it

CRiVA Workshop with Silke Grygier, 7th June 2018
Not the Only One: How Can we Support Survivors of Childhood Sexual Abuse?

CRiVA Public Lecture with John Drew, 17th January 2018.
Child Protection and Safeguarding: Time to Change Course.
John Drew is Chair of Medway Safeguarding Children Board and a past Chief Executive of the Youth Justice Board. In 2015/6 he conducted an Independent Review of South Yorkshire Police’s handling of child sexual exploitation in the light of the Rotherham scandal.

CRiVA Open Lecture with Professor Evan Stark, 19th June 2017
What About the Children? The Continuum of Coercive Control

CRiVA Conference with the N8 Policing Research Partnership, 12th June 2017
Lessons from Duluth and Beyond: Policing Domestic Abuse as Part of a Coordinated Community Response, Speakers:

CRiVA Seminar with Dr Caterina Peroni (University of Padua, Italy), 21st February 2017
The Italian Feminist Movement and its response to Violence Against Women

'The Hunting Ground’ Film Screenings, 28th October and 23rd November 2015.
At Durham and Queen's Campuses. A discussion about the film followed, as part of the external consultation of the Durham University Sexual Violence Task Force. Organised by CRiVA and Gender and Law at Durham.

CRiVA Workshop: The Role of Men and Boys in Preventing Violence Against Women, 13th July 2015
Speaker: Michael Conroy (A Call to Men UK)

CRiVA Discussion Meeting, 4th March 2014
Open discussion on 'Bystander Intervention Programmes' which have been imported from North America and recently rolled out in universities in Scotland

CRiVA Discussion Meeting, 13th November 2013
Teen violence: is it increasing? Does it mirror adult violence and abuse? Has the expansion of the government definition changed anything?

CRiVA Discussion Meeting, 18th September 2013
What would an ideal multi-agency response to violence and abuse look like? Are MARACs and MAPPAs appropriate responses? 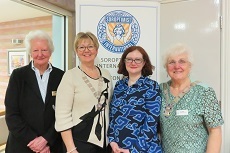 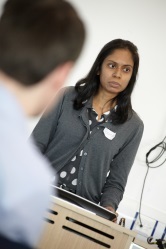 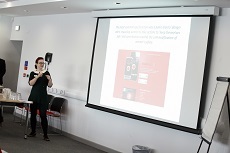