The Centre for Nineteenth Century Studies 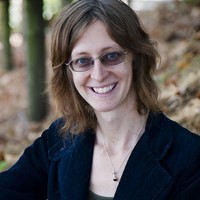 Dr Sarah Collins is currently a Vice-Chancellor's Postdoctoral Research Fellow in the School of Arts and Media. Next year, she will take up a Marie Curie Research Fellowship at Durham University for a year (working on a project titled 'Music and the Liberal Imagination'), before taking up an ongoing lectureship at the University of Western Australia. Sarah completed her doctoral study jointly through the University of Queensland and King's College London. She is the author of The Aesthetic Life of Cyril Scott (Boydell, 2013) and has articles published in the Journal of the Royal Musical Association, Twentieth-Century Music, and Music & Letters. She is a co-editor, with Paul Watt and Michael Allis, of the Oxford Handbook of Music and Intellectual Culture in the Nineteenth Century (OUP, forthcoming), and a co-editor, with Watt, of a special issue of Nineteenth Century Music Review on the topic of 'Critical Networks' (forthcoming).

Sarah's current research focuses on the intersection between political, aesthetic and ethical concerns in music literature of the late-nineteenth and early-twentieth centuries (including music historiography, music criticism and aesthetics). Her broader research interests include British music and modernism, Anglo-European musical relations during the inter-war period, cosmopolitanism, 'new' modernism, and disciplinary history. Sarah's second book-length project, tentatively titled Late Modernism: Untimely Ideas about Music and Literature, posits a revised understanding of the function of autonomy in musical modernism, with reference to the intersection between literary and musical aesthetics.

She has been a reader for Ashgate, Boydell and the Journal of Victorian Culture, and has served as President of the Victorian Chapter of the Musicological Society of Australia, and as secretary and treasurer respectively of the Queensland chapter.