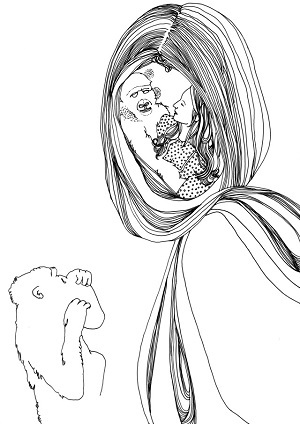 I am an artist and writer with a collagist practice, using collation as a methodological framework for creating networks between psychoanalytic theory, psychotherapeutic practice, spatial theory, fine art and critical practice. My work includes various forms of writing (fiction and non-fiction), collage, drawing, performance, animation and installation. I have exhibited widely showing works, performing and publishing, nationally and internationally, over fifteen years - largely in public spaces (from Fondation Cartier, Paris to Chapter, Cardiff). My work is also installed permanently (visibly and covertly) in public buildings. I have lectured on BA Fine Art courses since 2000, currently at University of the Arts London.

My AHRC-funded PhD, at Central Saint Martins, is titled 'Psychologies and Spaces of Accumulation: The hoard as collagist methodology (and other stories)'. It locates and spatialises systematised archiving alongside seemingly pathological object relations, and includes relationships drawn between urban space and wellness. My practice questions diagnostic criteria inherent to psychological definitions and (similarly diagnostic) symbolic values of objects mounted or collated in public or private space.

My current project, supported by Wellcome Trust, is titled 'This Mess is a Place'. Timed to coincide with the DSM-5’s inclusion of Hoarding Disorder, this research focuses on the psychopathology of hoarding at its intersection with rationalised collection. A 200-page edited book published, as part of this project, includes thirty international contributors.

My research engages disorder as a culturally produced phenomenon, in parallel to its clinical counterpart, suggesting its value to knowledge production within Fine Art and critical theory.