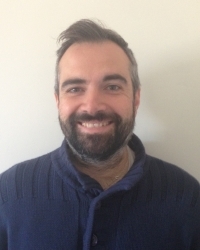 Matthew Colbeck is a PhD student within the School of English at the University of Sheffield. He is researching the representation of coma and brain injury in literature, with a particular interest in the ethical issues of writing about cognitive impairment and disability. As part of this, he has been addressing the idea that inaccurate, fictional representations of coma are influential in creating a misleading, collective understanding within a wider audience as to what coma and brain injury entails. For this reason, he is interested in mapping first person testimony against fiction in order to examine the mythologies that are generated by coma texts.

As part of his research, Matthew has established a writing group, The Write Way, of which all participants have experienced coma or brain injury. The group has published their first collection of writings, Head-Lines, which was launched at Sheffield’s Off The Shelf literary festival in October 2011. The second edition was launched at the University of Sheffield’s In The City festival in 2014.

His article, ‘There Is The Trouble, There Is The Toil’: Katabasis And The Underworld Topography Of Coma was published in the University of Bristol’s peer-reviewed online journal, Harts & Minds.