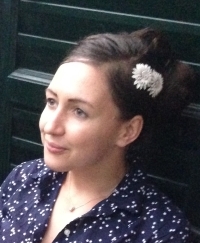 From 2010 to 2014, Emily Troscianko was a Junior Research Fellow in Modern Languages at St John’s College, Oxford. During her JRF, Emily developed a range of theoretical and empirical tools drawing on the cognitive sciences to investigate the cognitive effects of literary texts, focusing on the question of what makes certain texts seem realistic. In November 2014, Emily will take up a Knowledge Exchange Fellow at the Oxford Research Centre in the Humanities (TORCH). The Fellowship involves establishing a partnership with the UK’s leading eating-disorders charity, Beat, in order to initiate a programme of empirical work testing two connected hypotheses: 1) that a personal history of eating disorders can affect literary interpretation, and 2) that reading literature may influence eating-disorder outcomes. The project draws on Emily’s past experience of anorexia and her research profile in cognitive literary studies, together with Beat’s substantial public and professional infrastructure and connections, to advance the medical humanities by deriving two-way benefits for the study of literature and the study and treatment of eating disorders. Emily published her first monograph, Kafka’s Cognitive Realism, with Routledge in 2014, and writes a blog on eating disorders, called A Hunger Artist, for the US website Psychology Today. She feels strongly about improving mental health within academia and beyond, as well as promoting the physical and mental benefits of powerlifting to women in academia and beyond.