Centre for the History of Medicine and Disease 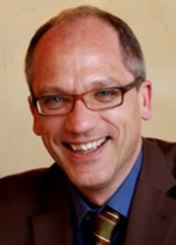 From 1 August 2017: University of Newcastle

Lutz D.H. Sauerteig, born in Hamburg, Germany. He is a historian of medicine, sexualities and bodies who studied Modern European History, History of Eastern and South-Eastern Europe, Theatre Studies, and Cultural Anthropology at the universities of Munich, Oxford and Berlin. He received his M.A. in History from the Ludwig-Maximilian's University, Munich, in 1989 and his doctorate (Dr. phil.) in History from the Humboldt University, Berlin, in 1996.

From 2000 to 2012, Lutz served on the Executive Committee of the Society for the Social History of Medicine (a registered charity organisation; Charity number 278414) and has been the Society's Chair from 2008 to 2011.