Estates and Facilities has a rolling programme of water conservation measures on campus. The work has involved the retrofitting of water saving devices in general public toilet areas. Additionally staff Environment Champions have worked with Greenspace to install 'save-a-flush' devices in pre-1999 toilets. Over 1250 devices were donated free of charge by Northumbrian Water and were fitted in Colleges during 2009.

At Moatside Court, a student accommodation building on the Peninsula, Automatic Meter Reading data allowed a heating system burst to be quickly identified and repaired.

The data also showed continuous flow after the leak had been repaired, so an internal audit was carried out and 18 leaking toilets were identified.

Michael Pallister and Dan Wright did a great job of fixing the leaks, which will save the equivalent of 5,849 cubic metres of water per year – enough to fill two Olympic swimming pools!

Greenspace have provided Colleges with 4 minute shower timers to encourage students to save water by taking shorter showers.

The idea for this initiative came from Josephine Butler College. They originally trialled the shower timers and had very positive feedback - I hope you do too!

The University provides free drinking water across all nine of it's public cafés, this forms part of the nationwide 'Refill' campaign which Durham University joined in the spring of 2018. This campaign aims to reduce the proliferation of single-use plastic bottles by encouraging users to instead bring reusable bottles and refill them for free at a publicly accessible site.

We run an annual Water Awareness Week that aims to highlight and eliminate water wastage. 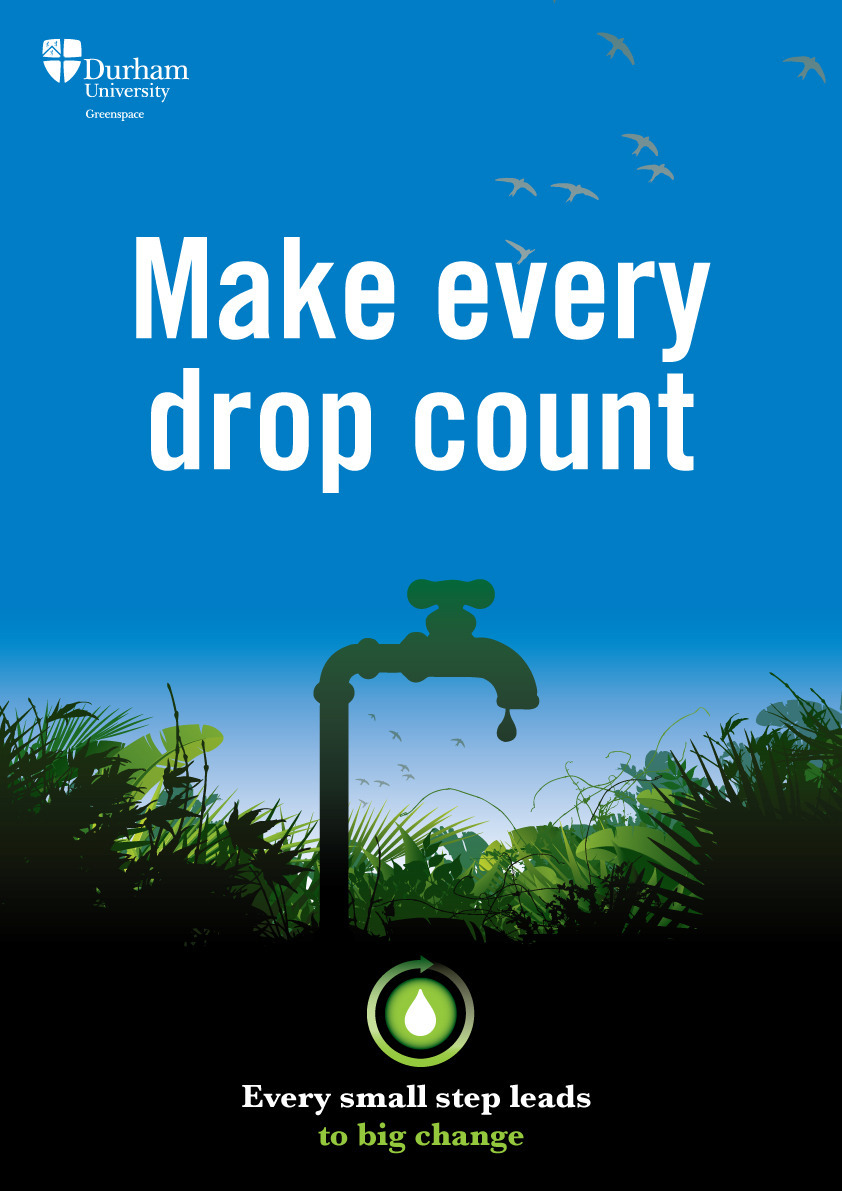