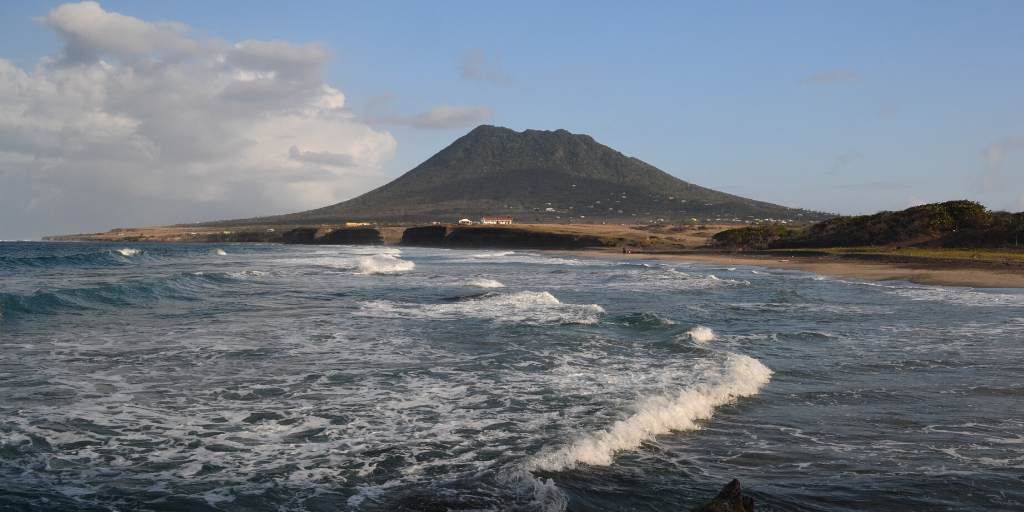 The Quill volcano on the island of Statia. Photo credit to George Cooper.

Several current and former staff from Durham’s Department of Earth Sciences were heavily involved in a new study, published in the journal Nature, investigating how the Earth's deep water cycle relates to magmatic productivity and earthquake activity.

From Durham, the paper was led by Dr. George Cooper (now at Cardiff University) and also involved Prof. Colin Macpherson, Prof. Jeroen van Hunen, Dr. Julie Prytulak, Dr Alex Iveson, and Prof. Jon Davidson (deceased). Our researchers collaborated with colleagues from the NERC - funded VoiLA consortium (also including Imperial College London, University of Southampton, University of Bristol, Karlsruhe Institute of Technology, the University of Leeds, The Institute de Physique du Globe in Paris, and the University of the West Indies) to study the movements of tectonic plates in the Caribbean Sea and understand the effect of the water cycle in subduction zones - where tectonic plates meet and one sinks beneath another.

When tectonic plates move seawater enters the plate through cracks, faults and by incorporation into minerals. The sinking plate gradually heats up and releases water, which melts the mantle and feeds the arc of volcanoes sitting above.

The new study used boron isotope ratios of volcanic rocks to show that a high amount of the water that experienced this journey came from the mineral serpentine in the sinking plate, and the water released formed part of the main supply to the central region of the Lesser Antilles volcanic arc.

The results show that water passing into and out of the subducting plate is directly connected to patterns of magma production and earthquakes in the Lesser Antilles area. Further research will help us understand how this pattern might also trigger larger earthquakes and tsunamis.

The next stage of this research will combine modelling the chemical and physical make-up of the Earth. The data will be used to produce detailed maps of subduction zone activity to better understand the potential of large earthquakes and other natural hazards.