Diana is Head of Media at the Palestine Central Elections Commission which organises presidential, parliamentary and local council elections. Previously, she had held a similar post at Peugeot Palestine though her first job after graduating in Journalism and Sociology at Birzeit University in 2010 was as co-producer of (and participant in) Sleepless in Gaza and Jerusalem, a reality film about the lives of 8 girls in different parts of Palestine.

Diana is also a social and political activist. Through Jordan Valley Solidarity, she supports the local people against Israeli land confiscation, water theft and house demolitions and she organises volunteers from Ramallah to help with their mud brick house rebuilding. She is active in popular resistance hotspots such as Belin, Nabi Saleh and Qaryout. She is also a founding member of the March 15 Movement, the response of progressive Palestinian youth to the events of the Arab Spring and which campaigns for social and political change within Palestine and demands united action from all the political parties.

Other volunteering work includes the Right to Education Campaign, where she helped to set up the first Web-Radio, training as a First Aid Officer with the Red Crescent, the TURATH project which collects Palestinian heritage material, and ERADA, the breast cancer awareness campaign, where she is responsible for volunteers, media/PR/lobbying work, fundraising and planning. She is also an active alumnus of the Youth Exchange and Study (YES) program since it enabled her to spend a year (2004) as an exchange student in the USA. YES provides a variety of community services and works with orphan schools and refugee camp children.

Diana says that both her professional media job and her activism now require a greater understanding of political theory and ideas and she is hoping to get this from her Durham MSc.

She expects that her MSc course will extend her expertise in her chosen field, provide insights into Western banking practice and supervision and help her to become a Chartered Financial Analyst. She hopes to return to the PMA with more knowledge about how banks can be both successful and financially stable. She also hopes to become a part-time lecturer at Birzeit University.

Amongst her extensive volunteering activities, Raneem has worked with the Sharek Youth Forum on social, economic, political and cultural projects, with GIZ, a German funded development organisation, and as a Loan Officer with Palestine for Credit and Development which funds and advises low income and small scale entrepreneurs. She is particularly proud of her work in villages on raising women’s awareness of their rights and getting their Municipalities to adopt a “No Ethnic, Gender and Religions Discrimination” policy. Raneem’s leisure activities include wide reading, aerobics, distance running and art.

After majoring in English at Birzeit University in 2009, Nada worked for Palestinian Vision as a Program Officer, managing funding to community development projects, especially for children and young people. Currently, she is a Cultural Affairs Assistant at America House, helping to distribute grants to Palestinian NGOs, especially those open to cultural exchange, and those working with young people and women. She also helps to implement a wide-range of cultural activities including visits of American scholars and artists and joint American and Palestinian cultural and artistic events.

Nada has been involved in youth organisations from an early age and trained as a youth leader at the YMCA in Jerusalem. After training as a tour guide to historical sites, she organized field trips and education projects for children to raise their appreciation of their Palestinian culture and heritage. In 2009, she was selected for a youth worker training programme with Save the Children, Jordan and subsequently she organized a series of youth workshops in West Bank villages and refugee camps to encourage young people to engage in developing their own communities.

In 2008, Nada represented Palestinian youth at a conference on the Middle East Question and Peace Perspectives in Poland. In 2009, she was selected to take part in a United Nations and Council of Europe course in Strasbourg to develop skills in intercultural youth projects. In April 2012 she represented the Palestinian Youth Bank at the first convention of the Global Youth Movement in Baku, Azerbaijan.

Nada wants to use the skills and ideas she gains at Durham to help to build a strong youth movement in Palestine. She believes that as well as participating in the political struggle for independence it should also address problems within Palestinian communities and help to build a dynamic society based on citizen participation and respect for human rights.

After graduating at the Islamic University of Gaza as the top student in English Language and Literature in 2010, Samiha was employed in the university's Continuing Education Department as a teaching assistant in academic writing and oral skills. During her degree course she also worked as an English trainer and translator for various employers, including an American film maker.

Samiha's voluntary activities included helping in summer camps for children and leading the English Forum at the American Language Center. She has written for several electronic newspapers and is a well-known blogger (www.sameeha88.wordpress.com).

In Durham, Samiha gained an MA with Distinction and she wants to continue to expand her understanding of other cultural perspectives, to build on the work of Edward Said and others in combating deep-seated Western misrepresentations of Arabs, and to apply a similar analysis to other parts of the globe. Ultimately, she wants to pursue an academic career, interacting with academics in other parts of the world who are interested in cultural criticism and in removing the national prejudices that have helped to bring so much suffering to the world. Currently, she is working for the Women's Unit of PCHR. a major human rights organisation in Gaza and she is on the steering committee of the Gaza Ark Project, which aims to build a boat in Gaza, load it with Palestinian goods and sail it in an attempt to break the Israeli economic blockade of Gaza. She also showed Naom Chomsky around Gaza when he came for an international linguistics conference and she arranged the conference's cultural event.

Wala' lives in Hebron and graduated at Bethlehem University in English Literature in 2010. She then worked as an Intercultural Learning Tutor for the International Palestine Youth League, an NGO that focuses on developing the skills of women and young people, and promoting democracy and cross-cultural education.

Her many voluntary activities included being a Student Ambassador for international delegations to Bethlehem University, working at the IPYL's Media Centre, and joining Youth Against Settlements to expose Israeli human rights violations. She represented young Palestinians at the Global Youth Congress in Liverpool and, in 2008, she was selected to attend the University of Alabama for a semester and to be a Palestinian cultural representative there.

Wala' is especially interested in questions of identity, particularly the social, racial, cultural and gender issues arising from bi-culturalism, and she is widely read in the works of Amy Tan, Gloria Anzaldua and Erich Fromm.

Her Durham MA (awarded with Distinction) has encouraged Wala' to seek work in a Palestinian inter-cultural organization that aims to provide the tools for Palestinian youth to become active citizens. It is imperative, she says, that Palestinians begin to challenge the dominant socio-political norms and the colonialist ideology that seek to impose its dominant racial, cultural and gender identities and roles. She particularly wants to encourage women's contribution in the social, economic and political spheres, and establish international networks that help women and young people become active citizens in a developing society.

After the end of her Masters course, Wala' obtained an internship with Christian Aid in Newcastle to get some experience of working with a British organisation before returning to Palestine in January 2013. (Nov. 2012)

After graduating in Psychology at Birzeit University in 2006, Lina worked as a Special Educational Needs Teacher at the Friends School in Ramallah. In 2010, she became the Vocational Training Coordinator in Palestine for Save the Children Sweden, working particularly with children who have suffered detention in Israeli prisons. She has also done voluntary work with children with dyslexia and learning difficulties.

With the El Funoun Dance Troupe, Lina toured a variety of countries in Europe, Africa and Asia, as well as the US. She has taught Palestinian folklore to children at summer camps and assisted with planning cultural events and festivals at the Popular Art Center in Ramallah.

Lina says that her Durham MA (awarded with Merit) expanded her research skills and her knowledge of developmental psychology and children's cognitive and behavioural issues. Building on her extensive professional experience, she aims to specialise in this field as a university teacher who can train more Palestinians to work with children who have emotional and behavioural difficulties and enable them to enjoy their childhood. 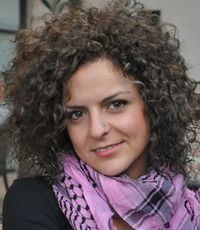 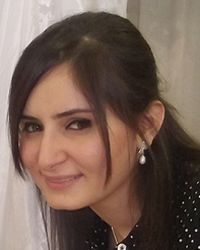 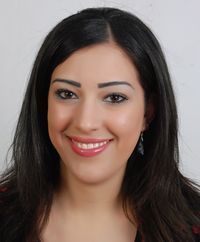 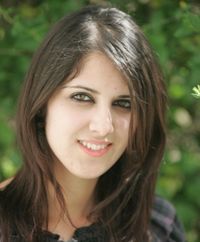 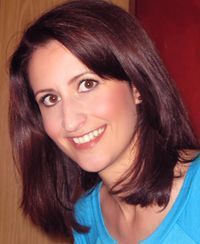 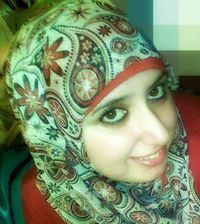