After graduating in 2002 with high honours in pharmacy from An-Najah National University, Nablus, Rula worked in sales and marketing with a medical supplies company before joining the Ministry of Health. Here she was responsible for inspection of unwarranted practices and the investigation of mistakes in hospitals and primary health care centres. This included responsibility for issuing licences for pharmacies and drug stores and controlling narcotics dispensed in hospitals and primary health care. She was also a member of the Ministry's Quality Improvement Program which aims to increase the knowledge and skills of health care workers.

Rula also worked as a volunteer with the Union of Palestinian and Medical Relief Committees, including treating injured people unable to reach hospitals due to the Israeli occupation. She also took part in the Israeli-Palestinian Shaloom-Salaam Program and won a scholarship to the University of Oslo International Summer School.

After gaining her MA in Durham, Rula returned to the Palestinian Ministry of Health to work on more robust systems for evaluating and developing Palestinian health care services and to contribute to health policies that will benefit all Palestinians.

MSc in Internet and Distributed Systems 2005-06

Iyad comes from Khan Younis and graduated as the top student in Computer Engineering at the Islamic University of Gaza in 2002. Then he taught courses in web design, internet and computer networks and operating system at the Community College of Applied Science and Technology at the Islamic University. In addition, he supervised projects for the e-learning, e-news and WAP services.

As a result of his brilliant performance on his MSc course, Durham University offered Iyad a 3-year scholarship for a PhD, which he completed in early 2009. He was then appointed as a Research Associate in Computer Science at Durham University, working on a multi-disciplinary Learning Technology research project. Iyad returned to Gaza in January 2012 with his wife Noor and their two children. Recently, they have had a new daughter and Iyad is an assistant professor in IT at the Islamic University. (Nov. 2012)

Yousef completed his MA course in Arabic-English Translation with very high marks in all his modules and a distinction mark for his dissertation.

During his degree studies at the Islamic University of Gaza, he worked as a freelance translator and interpreter with Middle East correspondents of the Chicago Sun Times, Jerusalem Post, Toronto Star, USA Today, The Times, and BBC Radio, as well as freelance journalists and photographers from Holland, Japan, and Greece.After graduating in 2003 in English Language and Literature, Yousef worked for the State Information Service in Gaza City, under the UN Volunteer Programme, translating, proofreading and editing reports and documents.

Returning to Gaza in September 2005, he had a series of freelance jobs and was employed as an interpreter for international observers of the Palestinian elections before obtaining part-time teaching jobs at two different universities in the Gaza Strip. Following a period living in Norway, he has now established an English-Arabic-Norwegian language-services agency in Gaza. (Nov. 2012)

After graduating with an excellent degree in Archaeology and History from Birzeit University in 1998, Ahmed worked for two years as a fieldwork supervisor and co-ordinator with the Cultural Resources Management Project, surveying archaeological and historical sites in the West Bank and Gaza.

From 2000 to 2002, he worked as an archaeologist at the Centre for Architectural Heritage, attached to the Engineering Department of the Islamic University of Gaza. Here he managed a variety of conservation and rehabilitation projects as well as doing some survey, archiving and documentation work. In the year before coming to Durham, Ahmed worked as a part-time lecturer in the Department of Archaeology and History at the Islamic University of Gaza and as a supervisor with Quaker Peace and Youth Camps.

He is now a lecturer and active researcher at Al Aqsa University which operates both in Gaza City and Khan Younis. Ahmed is passionate about providing of good training for his students, knowing that archaeology can make a significant contribution to the tourist industry of Palestine, as well as making Palestinians more aware of their own history and identity. (Nov. 2012)

Hur graduated in 2001 from Birzeit University in Business Administration. While at university, she did lots of voluntary work with children suffering from various forms of trauma, including bereavement, disablement and shock caused by the Israeli occupation. As a result, she decided to enter the social work profession and worked as a counsellor for children with cancer and other serious illnesses in a Jerusalem hospital.

In Durham, she did a placement with a children's project in a deprived community and her dissertation involved research in Newcastle with mothers whose children had been taken into care. Her professor said, "Hur's dissertation research with mothers of abused children, and her analysis of their circumstances, was an outstanding piece of work."

From 2003 to 2005, Hur worked as the policy co-ordinator for a Women's Counselling Centre in Ramallah and helped to train social workers, police, lawyers, health workers and teachers on issues of domestic violence. Then she worked with neglected children in Jerusalem.

We were delighted to welcome Hur back to Durham in August 2006 with a Karim Rida Scholarship to complete her professional qualifications through a Master in Social Work degree. This she did with great success, professionally and personally. She has now returned to work again with children in East Jerusalem. In March 2009, she married Hasan, a psychologist, and she looks very happy and beautiful on the wedding photograph she sent us. 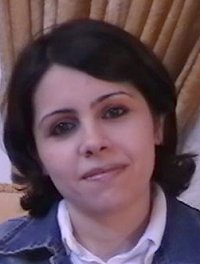 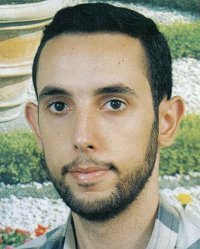 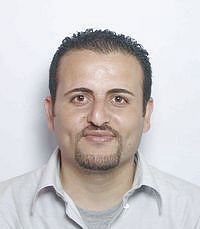 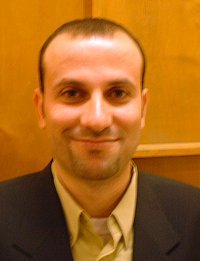 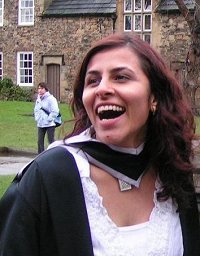 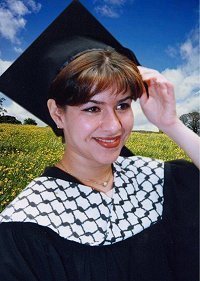