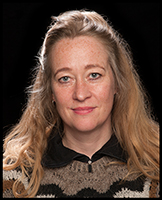 Iceland and Greenland were the last territories to be settled by the Norse in the North Atlantic during the Viking Age, along with short lived settlement in Newfoundland. These areas define the Northwest margins of the Norse world during the 9th-15th centuries AD. A characteristic of these settlements was that they were farthest away from the cultural melting pots of towns, courts, and the routes of Viking raiders and traders. Urbanism never occurred and these places developed differently. The aim of this project is to assess the material culture at “the far end” by looking at the development of culturally and chronologically diagnostic artefacts on 9th-15th century Norse settlement sites in Iceland and Greenland to see how they differ and when changes occur. This will be done through the lens of archaeology, by systematic analysis of Viking and Medieval artefact assemblages that are geographically set in commonly perceived marginal settings. This provides an opportunity to examine availability of objects and materials, adaptation to local resources and environment, and geographical connectivity between settlements for import and export.

Since 2001, I have worked for The Institute of Archaeology, Iceland, primarily as a Finds Specialist and Finds Manager. The work consists of management of finds data retrieved during the Institute excavations and involves recording, identification, and study of artefactual material including publication and lectures. I also work as a curatorial, exhibition, and general consultant at the regional museum in Skógar, South Iceland. I have directed and participated in a number of rescue and research excavations and post-excavation, as well as participating in several documentary and archaeological field surveys throughout Iceland. The sites are diverse, spanning the 9th-20th century. In addition to field and lab work, I have managed and taught courses in material culture at the University of Iceland for several years.

2004 MA in Archaeology. Faculty of History and Philosophy. University of Iceland.

1997 B.Ed. Faculty of Education and Pedagogy. University of Iceland.

2019 “Dating of Medieval finds - Combs in Iceland.” Lecture series of the Society for Archaeologists, University of Iceland Department of Archaeology and the National Museum of Iceland.

2017 “Combs in Iceland.” Lecture for The Icelandic Archaeological Society.

2015 “Oddbjarnarsker, a fishing station in Breiðafjörður, W-Iceland.” A lecture in a conference honouring the memory of Dr. Kristján Eldjárn, former president of Iceland and director of the National Museum of Iceland. The subject was climate changes and coastline erosion ´Hafið gefur, hafið tekur´ (The sea gives, and the sea takes).

2019-2020 Exhibition Curation Committee—“Saga of Hofstaðir, Unearthing the Past in North Iceland,” a Viking Age exhibition in the National Museum of Iceland. This is a temporary two-year exhibition. Link: https://www.thjodminjasafn.is/english/for-visitors/the-national-museum/visitor-informations/events-exhibitions/temporary-exhibitions/saga-of-hofstadir-unearthing-the-past-in-north-iceland . The exhibition opened 22nd of February 2020.

2016 Consultant for restoration of one part of the exhibition “Hekla/Þjórsárdalur” at the National Museum of Iceland.