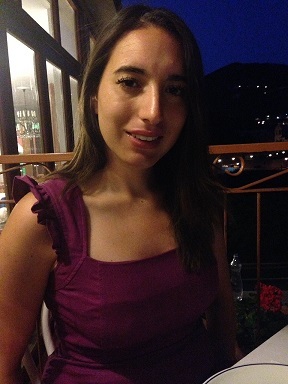 I am a PhD researcher in the Department of Modern Languages and Cultures, and part of the Centre for Visual Arts and Cultures.  My research is fully funded by the Arts and Humanities Research Council (AHRC) as part of the Northern Bridge consortium. I completed my Master of Studies at the University of Oxford (Lady Margaret Hall) in 2016 in Art History and Visual Culture and was recipient of the Sarah Louise Dale/Clarendon Scholarship in Renaissance Studies. The title of my MSt thesis was: “Barnaba da Modena: the painter and his workshop in fourteenth-century Italy”, which was supervised by Professor Gervase Rosser. I completed my Bachelor of Arts (Honours) at the University of Nottingham in History and Art History in 2012 and was awarded a first-class degree. I currently serve as a reviewer for the Journal of Languages, Texts and Society.

My PhD thesis provides an inter-disciplinary examination of the evidence of artistic mobility, trade and the exchange of visual ideas across the western Mediterranean in the mid-fourteenth century. In particular, I examine the painted output of a group of artists who operated out of coastal and mercantile regions in Liguria, Tuscany and Emilia-Romagna in Italy, and Catalonia in Spain. The objects of my research, which include small panel paintings, painted crucifixes and altarpieces, are analysed as a means to elucidate our understanding of trade between craftsmen, the exchange of visual ideas, the spread of religious texts, and the role of merchants in disseminating artistic style and iconography. The striking similarities between the painted output of Catalan painters in the mid fourteenth century and artists active in artistic centres in Italy are testament to the close commercial, maritime and social links which existed between Catalonia and Italy in the medieval period. Trends in iconography and style between works of art produced across these centres are indicative of a network of artistic exchange. The circulation of art objects across the western Mediterranean Kingdoms, for example between the maritime hubs of Genoa, Pisa, Florence, Naples, Avignon, Paris, Mallorca, Castile, Valencia and Barcelona attest to an international market for the purchase of art. The availability of a vast network in which art could be traded was known to painters and craftsmen in the fourteenth century. There is an abundance of extant visual evidence which indicates that artists were aware of their participation in an international network of artistic exchange. By situating the evidence of artistic production within the context of mercantile trade and networks of influence, transmission and association, my thesis will offer an original contribution to the study of fourteenth-century artistic practice.

Prior to my PhD, I have held positions in software marketing and sales, and as a senior business development manager and content writer. I also have experience in art curation and have produced a wealth of published content for a regional newspaper and an online art and heritage website.