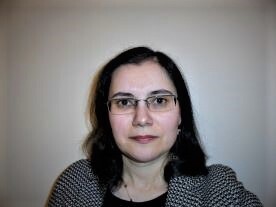 Dr Anca Chirita convenes competition law at both undergraduate and postgraduate levels. She is a member of the Senior Common Room at Grey College. Since 2017, she has been Director of Ethics and since 2016, a member of the Law School’s Research Committee and of the Faculty's Ethics Committee. She has been a Non-Governmental Advisor to the International Competition Network for the European Commission’s Directorate-General for Competition: 2017-2018 for the Cartel and 2018-2021 for the Unilateral Conduct Working Group.

Dr Chirita’s research and teaching expertise is in competition law, as below:

Anca has been invited to act as a peer reviewer for the Council for European Studies conferences held in Philadelphia, Glasgow, Chicago and Madrid; for academic journals (OJLS, OUCLJ, JAE, CLR, YARS, JECML) or publishers (OUP, CUP, Macmillan, Elgar, Hart, Taylor & Francis); and for funding including the Austrian Academy of Sciences. Since 2011, she has been a member of the Editorial Review Board of Oxford Competition Law.

She was a Deputy Director of Research Impact and Deputy Chair of Ethics (2016/17), co-chair of the Law School-Business School’s Ethics Committee (2017-2019), a Co-Director of the Durham Institute of Commercial and Corporate Law (2018/19) and of the European Law Institute (2013/14), and a DAAD visiting fellow at the Max-Planck-Institut für ausländisches und internationales Privatrecht (2012/14). Prior to joining the Law School in 2011, she was a PhD fellow of the Adenauer Foundation at the Europa-Institute, Saarland University, Faculty of Law and Economics. Her PhD in competition law was supervised by Professors Helmuth Schröter and Torsten Stein and awarded ‘summa cum laude’. During her PhD, she worked as a national expert with the College of Europe, Bruges (DG COMP project 2010/11), as a trainee with the Monopolies Commission in Bonn (2009), and as a Blue Book trainee with the European Commission in Brussels (2007/08). Previously, she completed the LL.M diploma in Saarbrücken with a triple specialism in competition law, WTO and human rights law (examinations in German, English and French).

Dr Chirita has been teaching competition law since 2011 as a postgraduate (40230) convener and since 2012 as an undergraduate (3011) convener, including supervision of LLB, LLM, MJur, and PhD dissertations. The Monckton Prize rewards the Best Undergraduate Student in Competition Law with a £500 cash prize and a Mini Pupillage at Monckton Chambers.

In 2015-16, I was invited to act as a panel judge for The Undergraduate Awards; in 2016 for the Best Undergraduate Paper Competition at the 82nd IAES conference in Washington D.C. I also chaired the competition law session of postgraduate conferences organised by the ICCL (2019,’18,’17), DELI (’14) and provided competition law training to a delegation of judges, prosecutors and barristers from Thailand (2018).