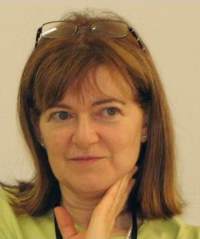 My first degree (BA Hons) was in Archaeology of the Levant from the University of London (Institute of Archaeology) and I went on to complete both my Masters and PhD in Near Eastern Languages and Civilizations at the University of Chicago in 1982 and 1987 respectively. For my PhD, I examined dental morphological traits in an Early Bronze Age population of skeletons excavated from Bab edh-Dhra’ in southern Jordan to test whether family groups were interred together in underground chambered burials using collections held at the National Museum of Natural History in Washington DC. I was always interested in the effects of the environment on population dynamics and particularly on fertility and ended up writing a paper (in 1985) that suggested the low fertility of !Kung San women in Botswana was explained by their heavy workloads suppressing ovarian function. I was shifting my focus away from archaeology and more towards biological anthropology. I began to attend the American Association of Physical Anthropology meetings in the USA where I met like-minded people.

After completing my dissertation, I retrained through two postdoctoral fellowships in the anthropology departments at Harvard and Penn State Universities. At Harvard, I worked under the mentorship of Peter Ellison, learned radioimmunoassay techniques for the analyses of salivary steroid levels in his laboratory, and spent nine months working with the Ituri Project in Central Africa (in what was then Zaire). Here, my colleagues and I studied the effects of seasonal nutritional stress on reproductive function among the Lese, a group of slash and burn horticulturalists who live symbiotically with Efe pygmies. In this work, we found that salivary progesterone and oestradiol levels were significantly reduced in women who lost weight during the hunger season. Levels of salivary testosterone were also significantly reduced among Lese men during the same period. We were basically documenting that different populations can be characterised by significantly varying levels of reproductive steroid hormones. However, since the Lese also have relatively high levels of sexually transmitted and other infectious diseases that affect fertility, we did not know whether their chronically lower levels of reproductive steroids had an independent effect. I was to come back to this question later. At Penn State University, I was funded by an NIH postdoctoral fellowship and worked with Jim Wood learning more about reproductive ageing and demography.

My first tenure-track job was at Northwestern University in the USA, but then I obtained a Royal Society University Fellowship and returned to the UK, first to Cambridge University and then to UCL. At Cambridge, I worked on a collaborative project to test whether highland Bolivian women can conceive with low progesterone and oestradiol levels and, at UCL, set up a new project with migrant Bangladeshi women, to test whether childhood developmental environments could alter reproductive function later in adulthood. I have been working on different aspects of this latter Project ever since. More recently, I have also become interested in questions of childhood obesity and how this relates to health in later life.

These two major collaborative research strands are further outlined in the links below: