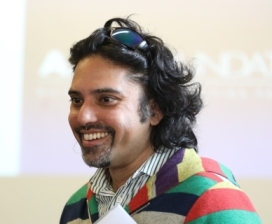 The impact of counter-terrorism law and policy on human rights, the Counter-terrorism Prevent policy, and the role of civil society in shaping and influencing counter terrorism policy.

Tufyal Choudhury is Assistant Professor at Durham Law School. He is also a Senior Research Affiliate of the Canadian Terrorism, Security and Society Research Network and a member of the UK Foreign and Commonwealth Office External Review Panel.

His teaching and research focuses on issues of counterterrorism, radicalisation, racial and religious discrimination, and integration. He has over 30 publications in this field, including most recently, What the Prevent Duty Means for Schools and College in England: An analysis of educationalists’ experiences, “Campaigning on Campus: Student Islamic Societies and Counterterrorism” (2017) Studies in Conflict & Terrorism and “The Radicalization of Citizenship Deprivation” (2017) Critical Social Policy.

From 2006-2015 he was senior policy advisor to the Open Society Foundations, where he supported the development of their research and policy advocacy in relation to Muslims and Somali in Europe as well as their work on Europe’s White working class. He is author of their report At Home in Europe - Muslims in Europe: an overview of 11 EU cities and Somalis in European Cities: Overview. He was a research associate at the Cambridge University Centre for Public Law (1998-2000) the Oxford Centre Migration Policy and Society (2006-08). From 2008-12 he was a fellow of German-Marshall fund Trans-Atlantic Forum on Migration and Integration and in 2007 he was a participant in the US Department of State International Visitor Leadership Program in integration and migration.

He is a trustee and director with three NGOs, the Democratic Audit UK, RightsWatch UK and M-fest, the festival of Muslim Cultures and Ideas. He appears as a character (played by actor Phaldut Sharma), in Gillian Slovo’s verbatim play, Another World: Losing our Children to Islamic State, that ran at the National Theatre, London, in May-June 2016.

He is a graduate of the Universities of London (School of Oriental and African Studies, 1996) and Cambridge (Hughes Hall, 1998) and was called to the Bar as a member of Inner Temple (1997).

The Individual and the State

Advisory and other roles

Educationalists Experiences of Implementing the Prevent Duty in School and Colleges in England.