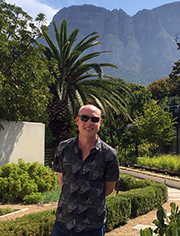 My work focuses primarily on the political, economic and historical geographies of development. I am particularly interested in the ways in which the meanings and relations of development, as a discourse, an apparatus and an aspiration, have been geopolitically imagined and enframed, themes I explore in my most recent book Geopolitics and Development (Routledge, 2019).

My understanding of development is very much historically grounded, exploring its emergence as a form of governmentality from the enlightenment, through the Cold War to the War on Terror. This has involved research on how 'the Tropics' were imagined by geographers and in wider programmes of improvement during the age of empire as well as work concerned with the complex challenges of decolonisation as they relate both to Geography, International Relations and Development Studies as academic disciplines but also to wider theories and practices of post-war development. Empirically, much of my research has been focused on Southern Africa (particularly Mozambique and Angola) and I have a long-standing interest in the cultural, historical and political geographies of the Portuguese empire. This has included research on the geopolitical imagination of Portuguese imperialism, on decolonisation and counterinsurgency in Portugal’s African colonies and on post-colonial geographies in Portugal and the wider Lusophone world.

I also have a strong interest in the intersections between (audio)visual culture and geopolitics. Some of my earliest work explored the ways in which radio, television and cinema have shaped cultural identities in colonial and post-colonial Southern Africa. I have also conducted research concerned with Hollywood film in relation to Cold War America, Gulf War II and the scripting, enactment and performance of Africa as the ‘dark continent’. More recent work has examined the role of popular video games in contemporary militarisation, the construction of terrorist ‘others’ and in soliciting support for US imperialism.

My work has also been concerned with economic geographies of neoliberalism and questions of politico-economic transformations in the post-socialist spaces of the global South. My early research focused on the dissemination of neoliberalism through Investment Promotion Authorities (IPA’s) and global development institutions such as UNCTAD and the Commonwealth. More recent work has sought to trace the unravelling of ‘national’ projects of development in Africa and the reworked articulations between territory, development and sovereignty that characterise contemporary spaces of post-development. This has involved research on post-colonial urban change and spaces of enclosure and enclavisation in places like Maputo and Tete in Mozambique and Luanda in Angola.

Over the last decade or so I have sought to examine the rise of (re)emerging development donors like China and the growing importance of ‘South-South’ development cooperation, along with what this means for foreign aid practices and for notions of development ‘partnership’. This initially began with an ESRC-funded project that explored China’s evolving political and economic role in Africa and the impacts Chinese aid, trade and investment are having on recipient states, on poverty reduction and on development trajectories in Africa. More recently I have led an ESRC-funded project looking at how, why and to what extent China, Brazil and India are enabling the transition to low carbon energy systems in South Africa and Mozambique, looking at how ‘rising power’ actors are shaping the provision of energy services for productive uses (such as cooking, lighting and mobility) and the consequent implications for the affordability, accessibility, and sustainability of energy services in the region. This has also included work on energy statecraft, resource diplomacy and infrastructural geographies along with research concerned with wider questions around the geopolitics and geoeconomics of China-Africa relations.