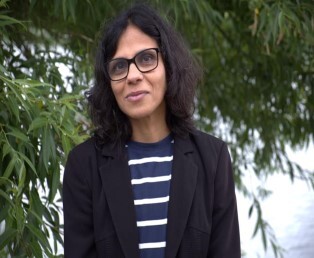 ORCID profile
Associate Professor in the Department of Sociology

I work in the in the field of gender based violence, and my particular specialism is in looking at the intersecting roles of class, ethnicity, gender, sexuality and disability in terms of the perpetuation, the experience of and the prevention of gender based violence and abuse, including social and feminist responses, particularly in India and the UK. My work is interdisciplinary, drawing on, and contributing to the disciplines of sociology, social work, feminist gender studies, legal and policy studies. Theoretical contributions include: intersectional inequalities, and whether, for instance, crimes in the name of honour should be treated similarly or differently in policy and practice terms as opposed to generic forms of gender based violence (Chantler et al. 2018; Chantler and Gangoli, 2011; Gangoli et al. 2011; Chantler et al. 2009; Hester et al. 2008); conceptual understanding of Indian feminist responses to gender based violence (Gangoli, 2007; Gangoli, 2008; Gangoli and Rew, 2015; Solanki and Gangoli, 2016, Gangoli and Rew, 2017; Gangoli et al. 2019); and understanding the meaning of women’s violence against women (Gangoli, 2017; Rew, Gangoli and Gill, 2013; Gangoli and Rew, 2011). I am concerned with the implications for practice, and the intersections between policy and practice; particularly around issues concerning BME communities, female genital mutilation and honour based violence (Gangoli et al. 2018; Hester et al. 2015). I have co-edited Policy & Politics (2008-2012) and I am a co-editor, and one of the founders of the journal, International Journal for Gender Based Violence (2016-).

My research has had impact in several areas. Recent projects (EU-Daphne, 2018; IAS, 2019) on sexual violence in Refugee and Asylum Seeking communities has led to the creation of innovative and highly rated training for practitioners on this area, and has recently contributed to a research impact story, and is being considered for inclusion in a research impact case study in the forthcoming REF. My research on forced marriage and honour based violence (Hester et al. 2015; Gangoli and Chantler, 2009; Hester et al. 2008) have influenced policy and practice in the area of immigration law (2006, 2008); policing (2012, 2017) and honour based violence (2017, 2016). I have worked on the Steering Committee on Forced Marriages and Honour Related Violence, Home Office (2004-2006); am a HARM network Goodwill Ambassador (since 2019), have spoken at local practitioner events and I have excellent links with practitioner and policy communities working in the area of GBV and minority women in the UK and in India.