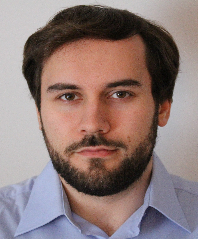 His current research work focuses on using Just War Theory to examine concepts of resistance and political violence in occupied and post-conflict states.