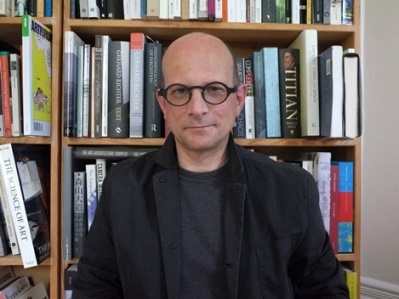 I am interested in supervising postgraduate work in photography, visual culture and modernism in a transnational context, ecology and the arts, environmental humanities, comparative literature, and modern Chinese visual and literary culture.

My research and teaching center on Chinese visual and literary culture within a global context from the mid-19th century to the present, connecting photography, film, and media studies, comparative literature, the geography of culture, philosophies of nature, and the environmental humanities. All of my work concerns the materiality and historicity of mediums and the making of images and texts as particular modes of thinking place and displacement, the presence of the past in modernity, and conceptions of the relations of nature and culture at times of environmental crisis in East Asia and beyond.

My current research project, Photographic Ecologies: Nature, Culture, and Contemporary Photography in China, Japan, and the West, will be the first book-length academic study in English to address contemporary photography in China. It argues that photography is a crucial site for staging fundamental questions of the relations between culture and nature in the present moment of environmental crisis and mass displacement––and thus for learning to picture the Anthropocene. The photographers whose work I explore reconceive both media and subjectivity in radically environmental terms: they have understood photographs not to be mere representations of environments, but rather that the very materiality and forms of photographic images are emergent from interactions of ecological processes, and thereby allow the human to be seen as one among many contingent agents within ecological processes. I situate the work of contemporary Chinese photographers in multiple contexts upon which they draw: global trends in photographic practices of the late twentieth and early twenty-first centuries; modes of marking relationships to the natural world in popular culture; modernist abstraction and its complex, fraught relationships to nature; and premodern Chinese painterly aesthetics that regard nature as constituted by the emergence and dissipation of forms.In short, one of my larger claims about the photographers in China, Japan, and the West I am examining is that they engage with the environment with a concept of photography that is ecological rather than representational.

My first book, Shadow Modernism: Photography, Writing, and Space in Shanghai, 1925-1937 (Duke University Press, 2017), explores the transformation of Chinese visual and literary culture by photography, and the centrality of that transformation to modernism in China. The book argues that in Shanghai––the center of China’s media culture during the 1920s and 1930s––images and ideas about images formed a contested ground of debate about culture, the past, and modern China’s place in the world. The new media of this time, particularly various photographic media, had become an increasingly pervasive presence in everyday life, with cheap and easily portable cameras newly available, and new printing technologies for reproducing photographs and other images enabling an explosion in the production of another key new medium, popular illustrated magazines or huabao. This transformation of Chinese visual culture provoked urgent questions of what images and media are and what they do. Such questions concerned the nature of differing modes of picturing and image-making and the media in which they take form, as well as the relations between images and the peoples, places, cultures, histories, and material realities they represent. Through a montage of close analyses of artistic, vernacular, and scientific photographs, paintings, cartoons, advertisements, and literary and critical texts from the Shanghai print media, I show how modernist cultural producers in Shanghai critiqued prevailing ideologies of modernity by constructing experimental images and texts deeply informed by photography’s power not only to represent, but also to transform that which it depicts into unstable and proliferating shadows and projections, spatial abstractions, or fragments to be juxtaposed in radically disjunctive combinations. As I claim throughout the book, thinking about (and through) photography was central to debates over images and their imbrication in questions of the supposed civilizational differences between “East” and “West”; the writing of literature; the presence of the past in modernity; ethnicity and cultural identity; and the nature of space, place, and landscape in a world at a foundational moment of what is now known as globalization, namely, colonialism.