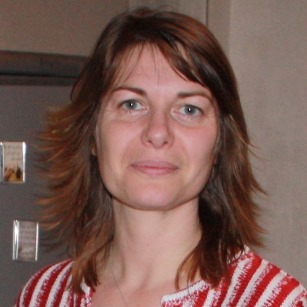 I studied English at La Sorbonne Nouvelle (Paris) and continued my studies in the UK where I graduated with a BA (Hons) in French and German and a PGCE in Modern Foreign Languages (Sunderland University). I then completed an MA Education (Advanced Professional Practice - Secondary) at Sunderland University and am now working towards further qualifications in teaching French as a foreign language accredited by CIEP (Centre International d’Études Pédagogiques).

From 2000 till 2013 I taught French and German in a number of local secondary schools (mainly in Sunderland and Durham).

Since 2013 I have been an Assistant Teaching Fellow in French in the CFLS (Centre for Foreign Language Study) at Durham University. I have taught various credit-bearing modules (from A1 to B1 level) and for the last two years I have been the module co-ordinator for intermediate learners (A2 level).

I am particularly interested in helping learners of French to develop effective language-learning techniques. Since 2016, my scholarship focuses on the introduction of phonetics-based activities in my modules. This led in 2017 to a collaborative project with a colleague in German (CFLS) which was recognised and supported by an ESLE award in 2018 (Enhancing the Student Learning Experience award).