Publications from the Durham Centre for Roman Cultural Studies 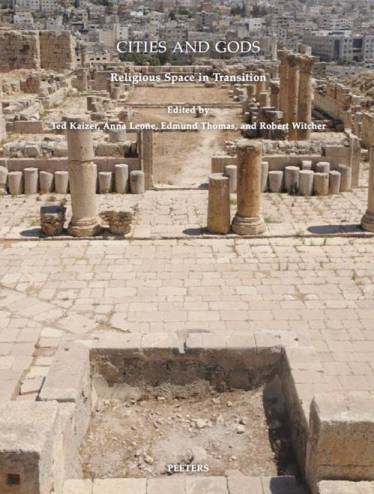 This volume explores the impact of religious traditions on the physical and social organization of cities in the ancient world. the contributors draw on diverse theories, methods and evidence to identify the existence of broad similarities and differences in the urban religious experience. individual papers range from the Roman Republican period to Late antiquity, and encompass the city of Rome, Italy, and both the eastern and western provinces. specific themes include the relationship between liturgy and temple architecture, the influence of religious traditions on civic spaces, and the impact of christianity on the pagan city. together, these papers make the case for the centrality of ritual and religion in the experience of the ancient city and throw light on current debates by providing historical examples of the varied ways in which communities accommodate changing religious practices in the urban fabric. 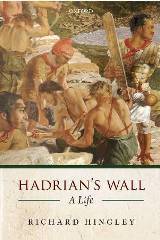 In Hadrian's Wall: A Life, Richard Hingley addresses the post-Roman history of this world-famous ancient monument. Constructed on the orders of the emperor Hadrian during the 120s AD, the Wall was maintained for almost three centuries before ceasing to operate as a Roman frontier during the fifth century. The scale and complexity of Hadrian's Wall makes it one of the most important ancient monuments in the British Isles. It is the most well-preserved of the frontier works that once defined the Roman Empire.

While the Wall is famous as a Roman construct, its monumental physical structure did not suddenly cease to exist in the fifth century. This volume explores the after-life of Hadrian's Wall and considers the ways it has been imagined, represented, and researched from the sixth century to the internet. The sixteen chapters, illustrated with over 100 images, show the changing manner in which the Wall has been conceived and the significant role it has played in imagining the identity of the English, including its appropriation as symbolic boundary between England and Scotland. Hingley discusses the transforming political, cultural, and religious significance of the Wall during this entire period and addresses the ways in which scholars and artists have been inspired by the monument over the years.

Excavations carried out from 1984-1985 at Ditches in Gloucestershire identified a large, late Iron Age enclosure which contained a remarkably early Roman villa. This long awaited excavation report reinterprets this evidence in the light of more recent studies of the late Iron Age-Roman transition. It extends our understanding of the Ditches-Bagendon-Cirencester oppida complex, and corroborates the latest thinking on the nature of Romanisation. New conceptions are challenging the significance of the Claudian invasion of AD 43, suggesting that Roman political influence in southern Britain was much more important than commonly thought decades before this.

From the late sixteenth century the rediscovery of classical texts, and an increasing interest in Roman ruins enabled far greater scope for interpreting Britain's Roman, and by extension pre-Roman past. This stimulating study examines the ways in which the Roman past was used from the sixteenth to nineteenth centuries in England and Scotland to define and reinforce national identity, and offer a context and justification for colonialism and imperialism. Four specific themes are tackled: the notion that Britain was 'civilized' by the Romans; the exclusion of Scotland from this civilization by Hadrian's Wall and the Antonine Wall; Changing ideas of the extent to which Roman culture remained the preserve of incomers, and the developing concept of Romanization in the nineteenth century; the effect of Roman ruins on nineteenth century thought as a reminder of the fall of empires.

'A Wall for all Times' Richard Hingley and Claire Nesbitt co-authored an article on Post-Roman visions of Hadrian's Wall for British Archaeology magazine. It was published in the September/October 2008 edition. Read it online.

Studies on finds in Roman Britain and the Western Provinces have come to greater prominence in the literature of recent years. The quality of such work has also improved, and is now theoretically informed, and based on rich data-sets. Work on finds over the last decade or two has changed our understanding of the Roman era in profound ways, and yet despite such encouraging advances and such clear worth, there has to date, been little in the way of a dedicated forum for the presentation and evaluation of current approaches to the study of material culture. The Durham conference at which these papers were initially presented has gone some way to redressing this, and these papers bring the very latest studies on Roman finds to a wider audience.

As the essays in this book demonstrate, Prehistoric and Roman landscape studies have come a long way since Hoskins, whose work reflected the old view that the prehistoric and Roman periods did not have much lasting impact on the British landscape. The contributors present a stimulating survey of the subject as it is in the early twenty-first century. New ideas about identity and the ‘other’ are being explored, and new research techniques are transforming our understandings. The volume contains papers by members of the Roman research centre: Richard Hingley ‘The Roman landscape of Britain: from Hoskins to today’ and Adam Rogers ‘Beyond the economic in the Roman Fenland: reconsidering land, water, hoards and religion’.

An introduction to the Tales of the Frontier Project was published in the recent edition of Frontier, the Hadrian's Wall Heritage publication. Read the article online through this link: Frontier Autumn 07 Issue 02

The ordinary people who made up the largest section of the population in the cities and towns in the Roman world were largely ignored by contemporary writers and have often been marginalised in traditional studies of Roman urbanism, but research into their patterns of work and social interaction had increased markedly in recent years. This book has come out of a conference on 'Roman Working Lives and Urban Living' held at the University of Durham in 2001. The conference was planned as a forum for people researching urban space and architecture, commercial and retail structures, organisation of craft activity and social theory. The twelve papers presented here have been organised into two categories: Urban living and the settings for working lives and People at work: Owners, and artisans, crafts and professions. The range of topics and variety of approaches in the papers emphasise the wealth of the material available, and it is hoped that this will stimulate further research into the lives of the 'silent voices' of Roman urban society.

These papers are the result of a conference session organized at the Roman Archaeology Conference in Durham, April 1999.