Tales of the Frontier was funded by the Arts and Humanities Research Council with a major research grant under the Landscape and Environment Initiative (2007-2009). Further work was funded to complete a monograph published in 2012 and also to undertake work on cultural engagement in 2014.

Hadrian's Wall is one of our most evocative and powerful ancient monuments and the most famous frontier system (materially and culturally) of the Roman Empire. Its international significance is secured by a long tradition of scholarly study and its designation as a World Heritage Site. Since the late sixteenth century, the Wall has provided a major focus for antiquarians and archaeologists, with surveys and excavations providing respected and authoritative knowledge of its structure and chronology. Yet understanding the sequence of its construction and use is only one chapter in this monument's biography.

During the eighteenth century, the Wall became a tourist attraction and its popularity continues to grow, providing a significant destination for visitors from the UK and overseas. Like all monuments, the Wall promotes contradictory readings, including ideas of permanence and decay, domination and resistance, stability and mobility. Tales of the Frontier explored how this cultural prominence developed through time. It addressed the ways in which individuals and groups, including visitors, locals and scholars, view the monument. It also addressed how the ideas and beliefs of these individuals and constituencies differ.

This project provided an exploration of the significance of the Wall and its landscape as both monument and icon, from the time of the Romans to today. What role has it played in ideas about the origins of 'civilisation' and the identities of self (English, British) and others (Scots, colonial subjects, etc.)? How has its monumentality shaped the work of scholars and the experiences of locals and visitors? How have understandings shifted as the physical experience of the Wall has changed from north-south (in the past) to east-west (in the present)?

The project drew upon histories, handbooks, maps, excavation reports, novels, poems, works of art, photographs, museum displays and websites to explore how understandings have developed. The methodology assessed divergent individual and group claims, including scholars, local people and foreign visitors. Assessment of the impact of the Wall upon people drew upon approaches to other linear sites, including Roman roads and the Great Wall of China. Through an evaluation of ideas about the linearity and permeability of the monument, the project addressed the historical context within which the Wall has been interpreted, publicised, visited and displayed.

(Hadrian) was the first to build a wall, eighty miles long, to separate the Romans from the barbarians

We currently aim to develop and transform this perspective through new work that addresses the valuation of the Wall in its contemporary cultural setting. This will explore the historical and associative values of the Wall and aim to address public appreciation through ethnographic methodology. The initial results of this work are helping to inform the periodic revision of the Hadrian's Wall Management Plan.

We also seek to broaden this perspective by looking for partners to undertake comparable work on other sections of the Frontiers of the Roman Empire World Heritage Site. We wish to encourage a genealogical and reflective perspective on Roman frontiers across the vast area that once formed the Roman Empire. Please contact Richard Hingley or Rob Witcher to discuss. 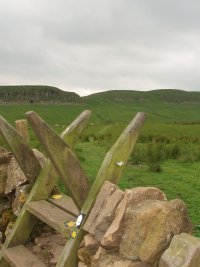 The project has already developed a number of outputs with varied benefits, including:
• A detailed case study in the critical assessment of a major ancient monument, to complement work undertaken elsewhere (e.g. Stonehenge, Seahenge);
• An advanced methodology for assessing linear monuments/landscapes, a topic not explored in detail in archaeological and landscape studies;
• A case study contributing to the development of a critical Roman archaeology that deals with the complexity of past and present interpretations;
• A website, exhibition, lectures and publications to communicate the results in an accessible manner to individuals and groups, regionally, nationally and internationally.

We now aim to build on this work by addressing the role of the monument in the context of public appreciation and heritage policy. 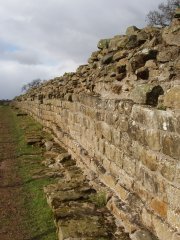