The Durham Centre for Roman Cultural Studies in conjunction with the Durham Landscape Research Group will hold a one day workshop on imperial frontier walls intended to bring together scholars based in northern Britain. The aim is to generate a geographically wide-ranging discussion around various Roman walls and frontier regions.

The advantage of this rather modest catchment is that it includes individuals with a strong interest in frontier walls, including China, Hadrian's Wall, the Antonine Wall, the limes, Western Turkey and the Black Sea, NE Iran. The purpose of the meeting is to discuss current research and future potential. 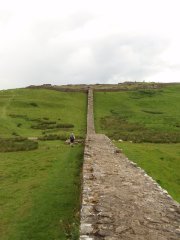