Waterproofing At Your Fingertips 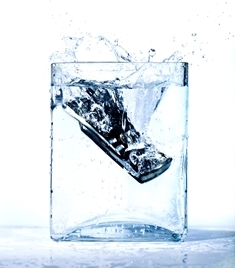 Use your mobile in the rain or drop it in a puddle and it will probably still work. You may take this for granted but millions of mobile devices and other products are protected by super-repellent coatings invented at Durham University.

The extremely thin polymer film, known as a nanocoating, has been applied to the surfaces of eight million mobile phones, three million pairs of footwear, 60 per cent of the world’s hearing aids and 100 million pipette tips.

The invention has been commercialised by the British company, P2i, which is the world leader in liquid repellent nanocoating technology and was named ‘most innovative company in Europe’ in the 2012 International Business Awards. Customers include household names such as Nokia, Motorola and Alcatel (mobile phones), Timberland and Hi-Tec (footwear) and HLT (hearing aids).

P2i retains strong links with Durham University. Its Chief Technical Officer Steve Coulson co-founded the company in 2004 after working on the technology for his PhD at Durham, supervised by Professor Jas Pal Badyal in the Department of Chemistry. The PhD project was to make soldiers’ uniforms resistant to chemical weapons for the Ministry of Defence but it soon became clear that there were wider applications.

The secret of the Durham technology is plasmachemical deposition – a process of breaking up atoms into electrically charged particles to coat surfaces. The reliability of electronic devices such as smartphones and tablets are dramatically increased because their outer and inner surfaces are protected from the effects of corrosion and water damage.

Jas Pal Badyal joined Durham University as a lecturer in 1989 and has been a Professor in the Department of Chemistry since 1996. His specialism of designing functionalised surfaces is a discipline that forms the basis of a multi-billion dollar global industry - for example, the cleanliness of optical lenses, the resistance of biomedical devices to bacteria, the speed of computer hard disks and even the wear of car brake pads are all governed by their surface chemistry. He is interested in devising novel functional surfaces for commercial applications and to help alleviate poverty in developing countries by providing clean drinking water, solar harvesting and other benefits. 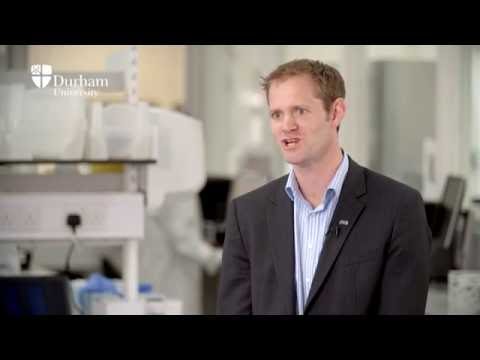 How liquid-repellent technology is changing our lives

Dr Stephen Coulson explains how the company P2i has adapted liquid-repellent technology developed at Durham University for use on mobile phones, clothing and other products.