Fracking in the UK was doomed a decade ago 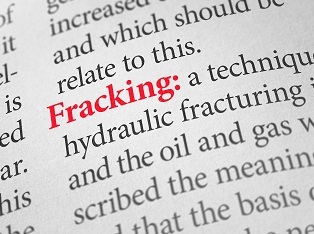 Jon Gluyas, Professor of Geoenergy, Carbon Capture and Storage, and Dr Magdalena Kuchler from Uppsala University, explain why they believe the UK's Conservatives have wasted precious time on a fossil fuel fantasy.

It’s a truth universally acknowledged that a single man in the possession of a good fortune may well have worked in the US shale gas industry. In 2018 alone, about 21 trillion cubic feet of natural gas was produced, with commercial buyers paying around US$8 per thousand cubic feet.

Given how profitable the US industry has been, it’s no surprise that governments and businesses in Europe were interested. In Poland, shale was seen as an opportunity to reduce or even eliminate dependence on Russian gas and to export gas to the rest of Europe. For the UK, it was hoped that shale could offset declining production from the North Sea and the growth of expensive gas imports.

Natural gas and oil can be found in underground reservoirs between the rock grains. These conventional sources can be reached by drilling into such reservoirs, but unconventional natural gas is trickier to get to as it’s trapped between much finer-grained shale rock formations. To release gas or oil trapped in shale rocks, a reservoir needs to be artificially created by fracturing the rock and pumping fluid down the well bore until the structure breaks. The gas or petroleum can then flow out. In other words, a shale gas reservoir isn’t discovered, but created by horizontal drilling and hydraulic fracturing – or “fracking”.

A report by the Polish Geological Survey announced Poland’s technically recoverable resources could be 346 to 768 billion cubic meters of natural gas in 2012, while the British Geological Survey estimated in 2013 that the Bowland Shale in the north of England alone could yield 1,800 to 13,000 billion cubic meters. Other countries in Europe were less sanguine. France (2011), Bulgaria (2012), Scotland (2015), Germany and Ireland (2016) all banned fracking for shale gas, citing environmental concerns.

The fortunes of the would-be shale gas industry in Europe have tumbled ever since those heady days in the early 2010s. Drilling results in Poland turned out to be poor – of the 72 exploration wells drilled there between 2007 and 2016, 25 were hydraulically fracked. But most of them were declared dry and failed to draw gas to the surface. The major petroleum companies involved pulled out. The UK plodded on alone until November 2019, when the Conservative minority government announced it was withdrawing support for fracking. Many of the UK’s opposition parties had already taken an anti-fracking stance on environmental grounds long before.

There have been a handful of shale gas tests in the UK, with most in Lancashire and a few elsewhere in England. While there is a lot of gas trapped within shale rock in the north and south of England, Midland Valley of Scotland and parts of Wales, it’s likely that little of it can be extracted by fracking.

Research from the independent ReFINE partnership jointly led by Durham and Newcastle Universities has shown that the estimated volume of technically recoverable shale gas in the UK was based upon a miscalculation. The total volume of shale was reasonably clear, though the quantity of gas within it wasn’t, as few samples of the rock were available for lab testing. Recent work on UK shale samples by Colin Snape at Nottingham University has demonstrated very poor gas yields. The gas may be there but it won’t come out. The situation in Poland is much the same.

UK geology is complex and areas that could be explored are much smaller than the uniform and simple geology of the US Midwest. You just can’t drill the numbers of wells required by a shale gas industry and this is exacerbated by the fact that the UK is a crowded island. The accessible area is only about one-quarter of the total shale-bearing area in the country.

The legal limit for induced seismicity in the UK is also so low that it effectively excludes any fracking which is designed to break the rock and hence cause Earth tremors. As an inherently chaotic process, forecasting the maximum magnitude earthquake that might result isn’t possible.

The UK government announced a pause in shale gas fracking for some areas of the UK on the eve of a general election. It justified the decision on the basis that it’s impossible to accurately forecast the magnitude of induced earthquakes. This is certainly true today but it was also true ten years ago.

It’s easier to stop doing something on environmental grounds when it will save face than admit that the UK’s shale gas illusion was just that – an illusion. This decision may be welcomed by many, but the country has wasted a decade or more chasing a fossil fuel fantasy.

Distracted by shale, UK governments have let the potential of carbon capture and storage slip, while shying away from the steep emission reductions from heating and transport that are required to meet net-zero carbon targets. The UK’s shale gas unicorn may not yet be dead, as the government has left open a pathway back for the industry. Stopping fracking altogether would remove a major distraction to developing energy policy that reflects the urgency of the climate emergency.