Why Boris Johnson is wrong about the burka 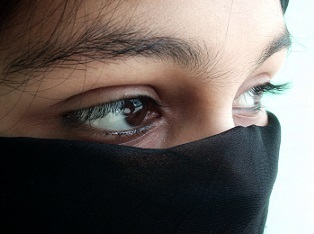 Dr Mathew Guest from Theology and Religion asks what is more offensive – concealing your face or misleading the public?

Boris Johnson has become the latest in a long line of right-wing politicians to criticise Muslim women who wear the niqab or burqa. Writing in his column for The Telegraph, Johnson mocked such women as looking “like letter boxes,” “bank robbers” and “absolutely ridiculous.” Despite calls for an apology from opponents and colleagues, at the time of writing Johnson remains unrepentant.

Perhaps we’ve come to expect tabloid jibes from Johnson, and his attempt to re-insert himself into the public eye after his resignation as foreign secretary is predictably clumsy. But what is arguably more alarming is his attempt to position himself as the voice of reason and moderate good sense.

Across Europe and beyond, governments have passed legislation that bans the wearing of the burqa in public, and Johnson’s column focuses on the introduction of a new measure passed in Denmark. While Johnson warms to the assured individualism he finds amongst the Danes, he opposes an outright burqa ban as a step too far into strident secularism. He is uncomfortable with the regulation of religious dress in public, and is mindful of how such measures play into the hands of radicals. He is even gracious enough to affirm the rights of a ‘free born’ woman, ‘minding her own business,’ to be left to get on with her life unimpeded by a heavy handed state. Enter Boris the liberal…

In case we were under any illusions that the former foreign secretary had finally seen the light and migrated to the centre ground, he expands on his perspective with a series of caveats. It seems there are limits to Johnson’s newfound ‘live and let live’ philosophy. Specifically, businesses and government agencies should be able to ‘enforce a dress code’ that obliges women to reveal their faces. He already feels ‘fully entitled’ to expect Muslim women to do the same at his constituency surgeries, and he supports the same approach within schools and universities.

So Johnson is gracious enough not to call for a ban, but nevertheless feels entitled to expect women to behave according to his own understanding of “full disclosure.” As he says, “it’s how we work,” the implication being that ‘we’—presumably the British public—have ‘our’ customs and conventions, and minorities need to observe them in order that society can function properly. It all makes good, plain sense doesn’t it? No prejudice here, just a sincere call for everyone to play by the same rules (i.e. Boris’s rules).

We might reflect on the irony of such a mercurial and opportunist politician calling for more transparent expression in public life. In the opaque and fractious politics of Brexit, we have learnt that those who speak loudest, simplest and with bare-faced confidence are not necessarily those we should trust.

Johnson mirrors another pattern among right-wing commentators: he presumes to comment on women’s intentions on the basis of their clothing. We’re probably more familiar with the moral judgements that are often projected onto women in western garb, but what values are imputed to Muslim women wearing the niqab? No doubt they frustrate conventional expectations, and perhaps that’s why figures like Johnson find such women so problematic—they are too covered, too hidden, and therefore break the rules that inform the male sense of entitlement to see what lies beneath.

The many Muslim women who have been attacked on Britain’s streets know what this feels like, since a common act of violence is to pull the veil or hijabfrom their faces. This is why so much hate crime against Muslims is best understood as a form of misogyny. It is targeted against those women who most visibly transgress the prevailing assumptions about what the female form should look like, and who implicitly challenge the assumption that men should have an unimpeded view.

Johnson also assumes that wearing the face veil indicates an experience of oppression, alluding to the “weird and bullying” expectations of men. There is no acknowledgement that women may freely choose to wear the niqab, and no effort to find out why. Any religious meaning it may convey is lost behind Johnson’s faux liberalism.

Unfortunately, uncompromising criticism of the niqab is also found among some liberal and feminist commentators, whose western lens on human agency struggles to see such covering as anything other than forced concealment. In this view, the liberated self is exposed and, it is assumed, is therefore more honest, more forthcoming, more trusting—and in our own context, more British.

Those on the right may want to excuse Johnson as a voice of so-called ‘common sense.’ After all, he rejects the need for an outright ban, thereby distancing himself from those European nations who have imposed punitive measures on their Muslim minorities, and preserving intact his Brexiteer credentials while rehearsing the myth of the great British compromise. Neither loony left nor hard right nor confused continental, his position is presented as a sensible middle way—laudable for avoiding extremes, an argument from practical sense that needs no further justfication.

But this is why his comments are so dangerous: it is the unexamined cultural conventions that are often the most insidious carriers of prejudice and ignorance. By categorizing them as uncomplicated truths we abdicate our responsibility as citizens to question the norms by which we live, and risk overlooking the injustices that persist in our midst.

When uttered by an embodiment of that most British of clichés, the upper class eccentric, comments like Johnson’s slip neatly into a cluster of associations that together reinforce our most deep-seated and intractable habits of thought, as if Eton and Oxbridge had bestowed a special gift of sight on those socially-awkward elites who we both love and loathe. We don’t have to think about our British customs and presumptions because Johnson and Jacob Rees-Mogg will do it for us. Except that they won’t—they’ll just keep us cosy in our habits by telling us that all is well; we’re British after all.

This is unsettling not just because of the platform Johnson enjoys, but because it is a habit of thought that achieves new plausibility within our Brexit-obsessed context. The underlying message is not just that Muslim women who wear the burqa are veering wide of the true British way, but that the nativist narrative that excludes them is essentially benign and obvious. It is an expression of the age old Tory conceit that to be a Conservative has nothing to do with ideology, and everything to do with good, pragmatic sense.

With such confusion about the labyrinthine complexities of Brexit there’s an understandable attraction to plain speaking, and to the idea that cultural problems are easily solved with a little of the good sense we all possess. But behind this apparent democratisation of wisdom lies a more malign populism, one whose story is deceptively simple yet is quietly fierce in its defence of our narrowest boundaries.

The reactionary perspective affirmed by Johnson states that those who cover their faces aren’t just suspect; they aren’t playing the game. They are out of step culturally speaking, and so, in an important sense they don’t belong. They isolate themselves by concealing their faces from us, and this is a most unBritish practice.

Face-veiling elicits a curiously passionate counter-response, as though it indicates a strategy of deceit. Somehow, concealing one’s face is presented as more offensive than concealing one’s intentions, ambitions and moral shortcomings, more offensive even than misleading the public. Johnson needs to take a look in the mirror the next time he considers opining on the British tradition of honest speaking. He may find the problems of concealment lie much closer to home.

This article was originally published by Open Democracy – to comment please see the original article.